It is no secret that I have been working rather obsessively on parachutes of late in one of my roles as a member of team OUFO. My (now very messy) desk is testament to that, with piles of notes and Foxy McFoxface looking rather well prepared for his eventual cliff diving adventures, kitted out in his new parachute backpack. He won’t be the first to have thought of this, just in case you are thinking I am odd for throwing him off a high place by the way. The first parachute sketch was actually drawn out by our old friend, Leonardo Da Vinci, in 1485. 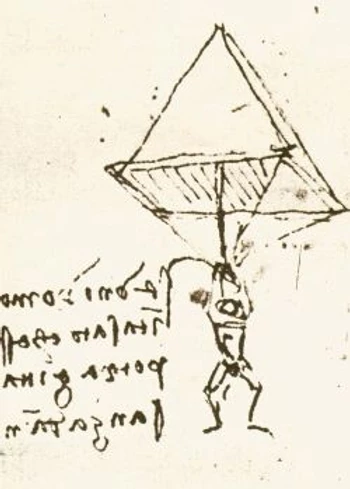 A parachute design by Leonardo Da Vinci consisting of sealed linen cloth held open by a pyramid of wooden poles. This was finally tested and proven to work in South Africa around 500 years later in the year 2000 by Adrian Nicholas.

While I have been waiting for amenable weather so our foxy friend can make his maiden jump, I have been doing a lot of research on how to make things fall to the ground undamaged. As part of these efforts, a short time ago, I contacted the Parachute Regiment to ask them about the parachutes they used. They very kindly got back to me with fantastic responses to every single one of my questions. I am not going to change anything other than the format, because, in true army fashion, Captain Matt Lawson answered everything so perfectly it left me very little to do.

Without further ado, straight into the interview and my first question.

How dangerous is it, and what kind of training do you normally go through in order to make the kinds of jumps that you do?

Clearly dangerous for obvious reasons, we undergo parachute training at the No1 Parachute Training School in Brize Norton, Oxon. This is a series of ground training (landing techniques), flight drills (actions on while under canopy) for a normal descent or an emergency descent due to unforeseen circumstances, such as a malfunction of the main parachute.

There are normally Parachute Jumps Instructors (PJIs) that deliver the training to newly 1 qualifying parachutist.

If (and only if ) you are willing, what was your scariest experience?

An air steal – this means another parachutist close to you drifts in to your air space, steals the air from your main canopy causing your chute to deflate, or collapse. As you can imagine, this might have serious consequences.

How do these jumps differ from normal civilian parachute jumps?

Military parachuting is predominantly “static line” exit, this means that you hook up inside the aircraft and as you exit from the aircraft, your chute is automatically deployed and has limited steerability.

Do you do your own rigging and equipment checks?

Yes, we “draw and fit chutes”, otherwise known as DFC. There are preliminary checks by both the parachutists and also the dispatchers from inside the aircraft prior to jumping.

“Line over” – this is where one of the lift risers gets caught over the main canopy and the main chute doesn’t deploy correctly. This is where the reserve parachute might be deployed depending on the parachutist’s assessment once they have carried out their initial drills after exiting the aircraft.

“No main canopy, ripped or torn”, or the main chute hasn’t deployed above the parachutist because of one or more of the issues mentioned, this is where the reserve parachute will be deployed after the initial assessment after exiting the aircraft.

Typically, what sort of altitudes do you jump from?

Static line parachutes are designed to deliver a parachutist safely on the ground from 250 feet. That said, this would only be implemented on operations as and when required. Normally, you would jump from 800ft during a normal training descent. I have jumped static line at 600ft before. HALO and HAHO descents as mentioned before using steerable parachutes can be up to 20,000ft using oxygen. Certain elements of the military can use this option depending on their task.

How do you steer them to where you want to land?

Depends whether you have a steerable parachute, or a static line chute, height of exit from the aircraft etc. Steerable chutes can deliver the parachutist within metres of where they want to be. That said, there could be a number of factors that may interfere to prevent this, malfunction, wind, poor in flight drills etc.

Do the shapes of your parachutes vary? Yes, static line tend chutes tend to be circular, steerable chutes are normally rectangular. The design of these enable the parachutist to have more control in flight.

What kind of design work goes into the parachutes and what sorts of scientists do this for you?

There are a number of preliminary works to support the design, tests, materials etc. There will be various inputs from a plethora of scientists no doubt. 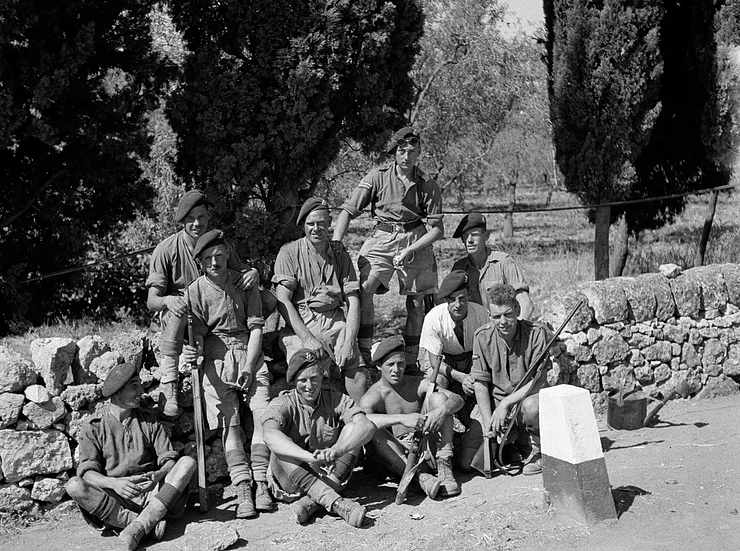 Can you tell me a little about the history of the Parachute Regiment?

The following link will provide you with everything you need to know about the Parachute Regiment.

I am probably going to have nightmares about the air steal now. I hadn’t even imagined such a scenario as that when I thought of the scariest experience question! We seem to have come a long way in terms of parachute design. It’s certainly not just about getting from plane to ground in one piece any more. There seem to be so many technical requirements for what is actually a very dangerous process.

It has given me a lot of food for thought and a lot more notes to add to the pile that has been growing on my desk. I can understand why the Captain would say that there are inputs from a plethora of scientists. This is not work for a single engineer, so I am incredibly happy that I have the entire OUFO team working alongside me on this project.

With many thanks to Captain Matt Lawson, CSgt Gus Stevenson and the Parachute Regiment for their generous help with this post.

Also many thanks to the National Army Museum for their generosity and help with the image licencing. It is well worth checking out their website

Also no small amount of thanks go out to the guys at the OUCSS for helping me with the technical aspects of LaTex (originally used to typeset this article.)

Feel free to contact me or the team about any aspects of our project. We’d love to answer your questions!