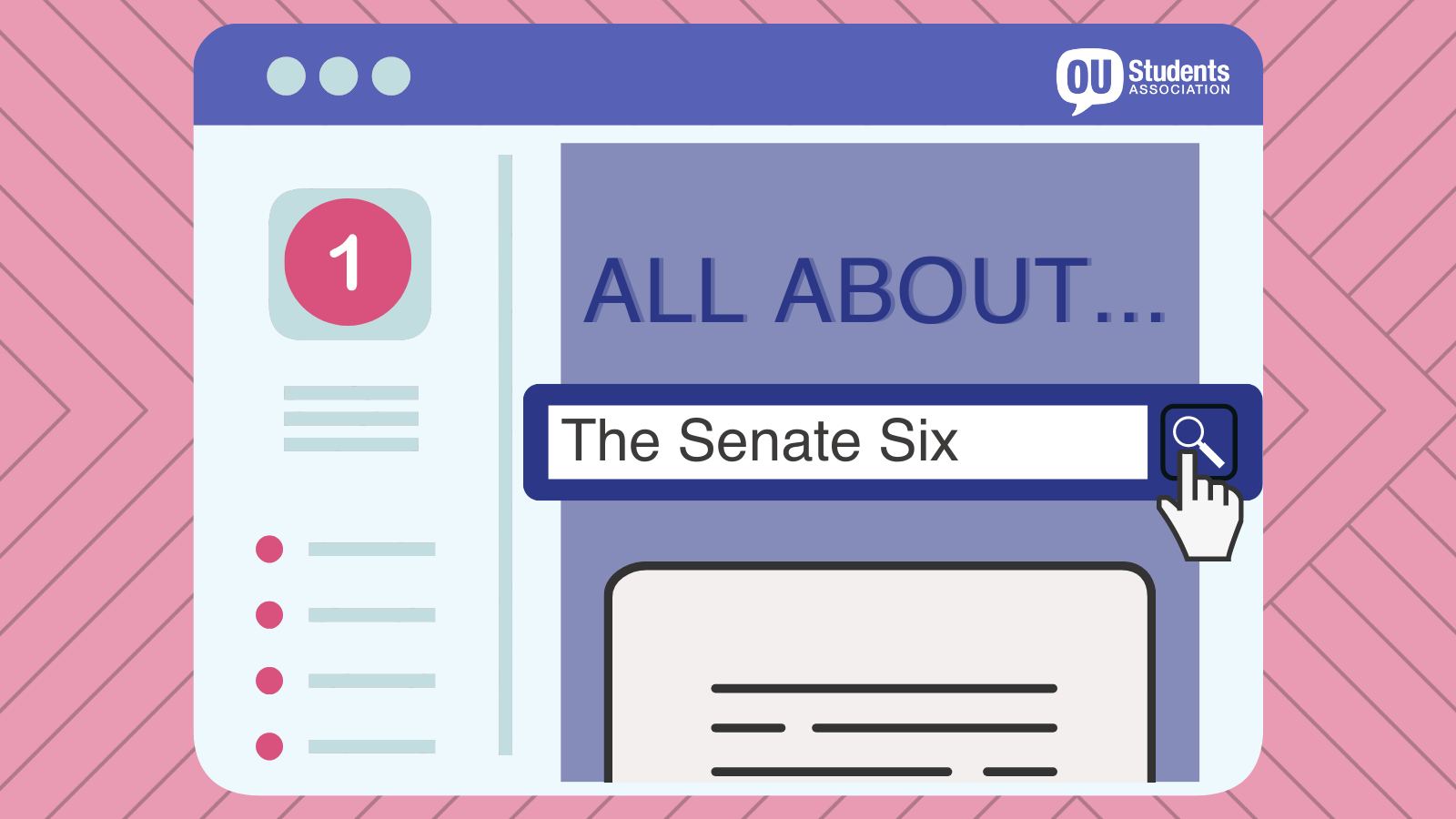 The Senate is the academic authority of The Open University which meets four times a year to discuss anything that relates to the academic work of the University both in teaching and research.

There are currently over 100 members of the Senate ranging right across the university, including tutors, nations directors, and the Vice Chancellor’s Executive. The Senate membership includes six student members who are decided by the Students Association.

The Senate Six is composed of three student members of the Central Executive Committee, all in an ex-officio capacity:

To help the six student members of the Senate prepare for each of their meetings the OU Students Association Senate Reference Group offers a wider perspective. Its purpose is to act in an advisory capacity to the ‘Senate Six’ and to provide the opportunity to draw on the diversity of circumstances, views and opinions of other students in both asynchronous and in-person ways.

To give you an idea of what kind of topics are discussed, the agenda for the last meeting covered issues including:

And we also look at reports and minutes from a range of other academic and governance committees.