If you have been involved with the Open University’s Students Association in some capacity, you have probably heard about the Board of Trustees (BoT). They are commonplace within the charity sector, and take the overall responsibility for the work a charity does. The Association’s Trustees ensure that it acts according to its constitutions, byelaws, and other regulatory frameworks, alongside the Charities Act and Employment Act.

At maximum capacity, there are 12 Trustees on the Association’s BoT. Made up of six students, three CEC members, and three external members, they exist to discuss, vote on, and implement governance, strategy, and financial decisions within the Students Association. There are currently nine Trustees on the board, made up of two external members, three students, and three members of the CEC.

External Trustees are appointed due to their expertise and skills within specific areas that are paramount to the success of the Board of Trustees. 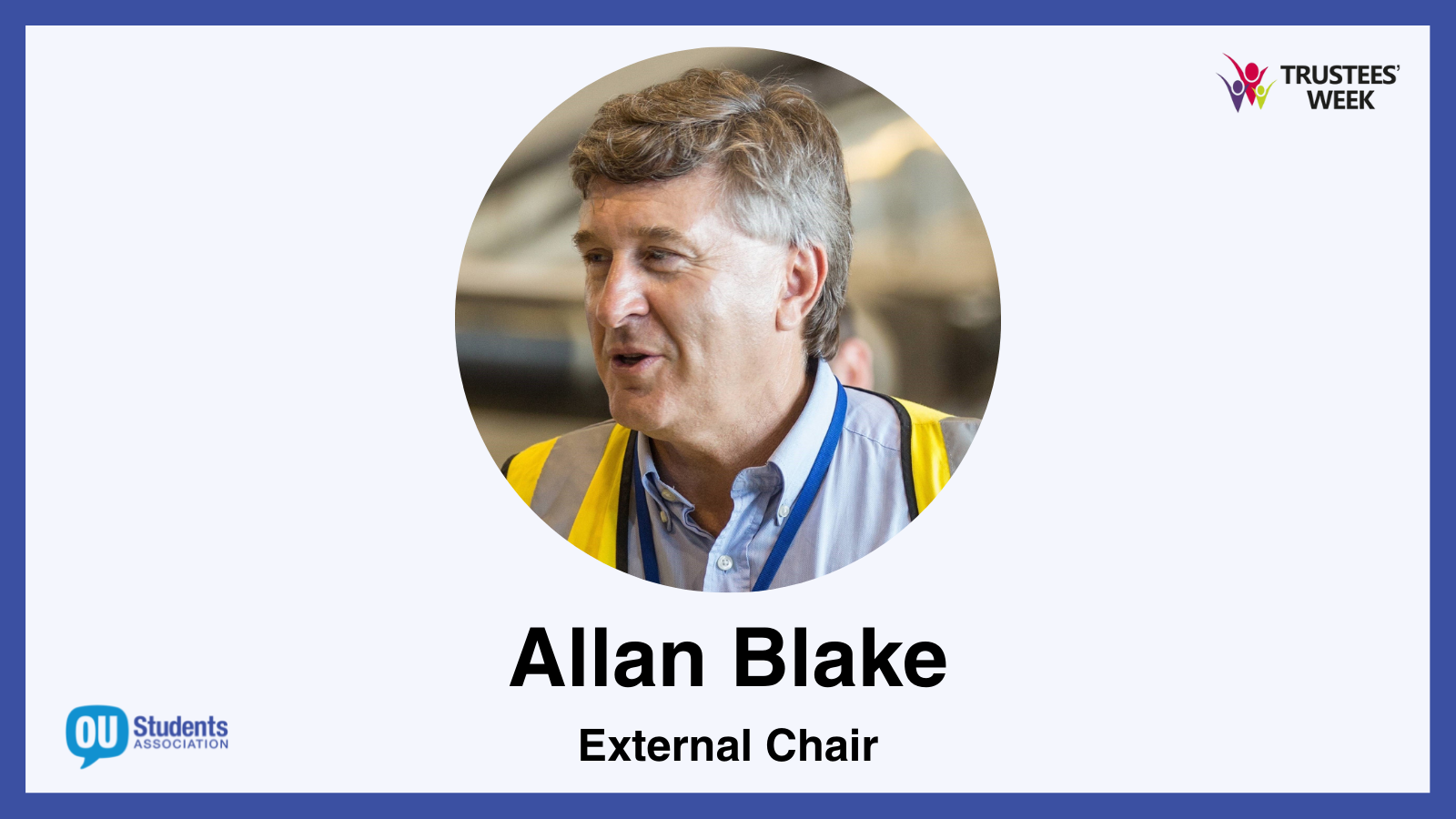 Allan Blake is an appointed External Trustee and was appointed as the Board’s Chair. An avid traveller with a vast and in-depth expertise in various areas of business and law, he was appointed to lead the Association’s Board of Trustees. 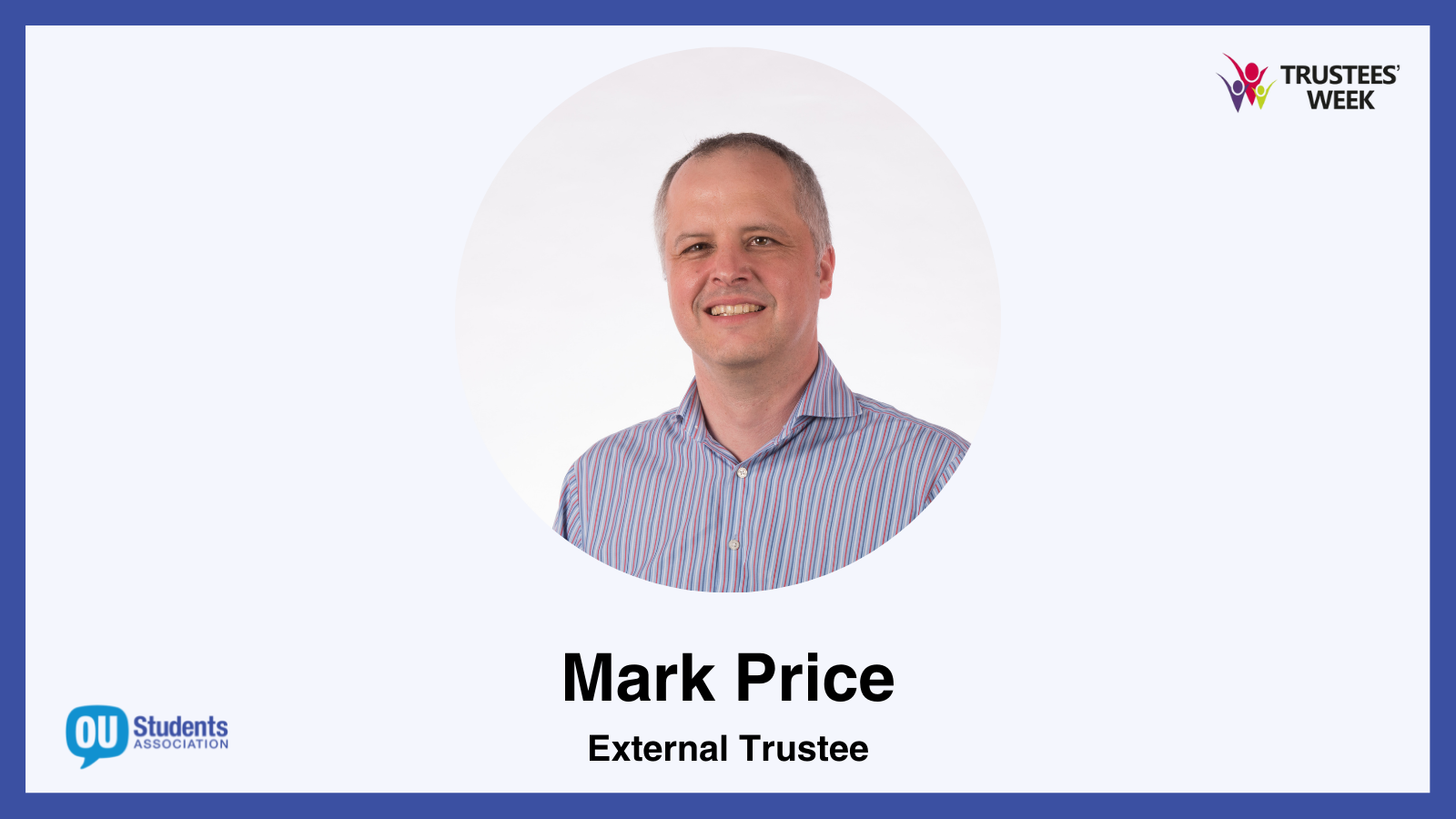 Mark Price is an appointed External Trustee with a broad expertise in finance through business and advisory positions. He has a keen interest in supporting accessible education and looks to use his skills to support the volunteer sector. 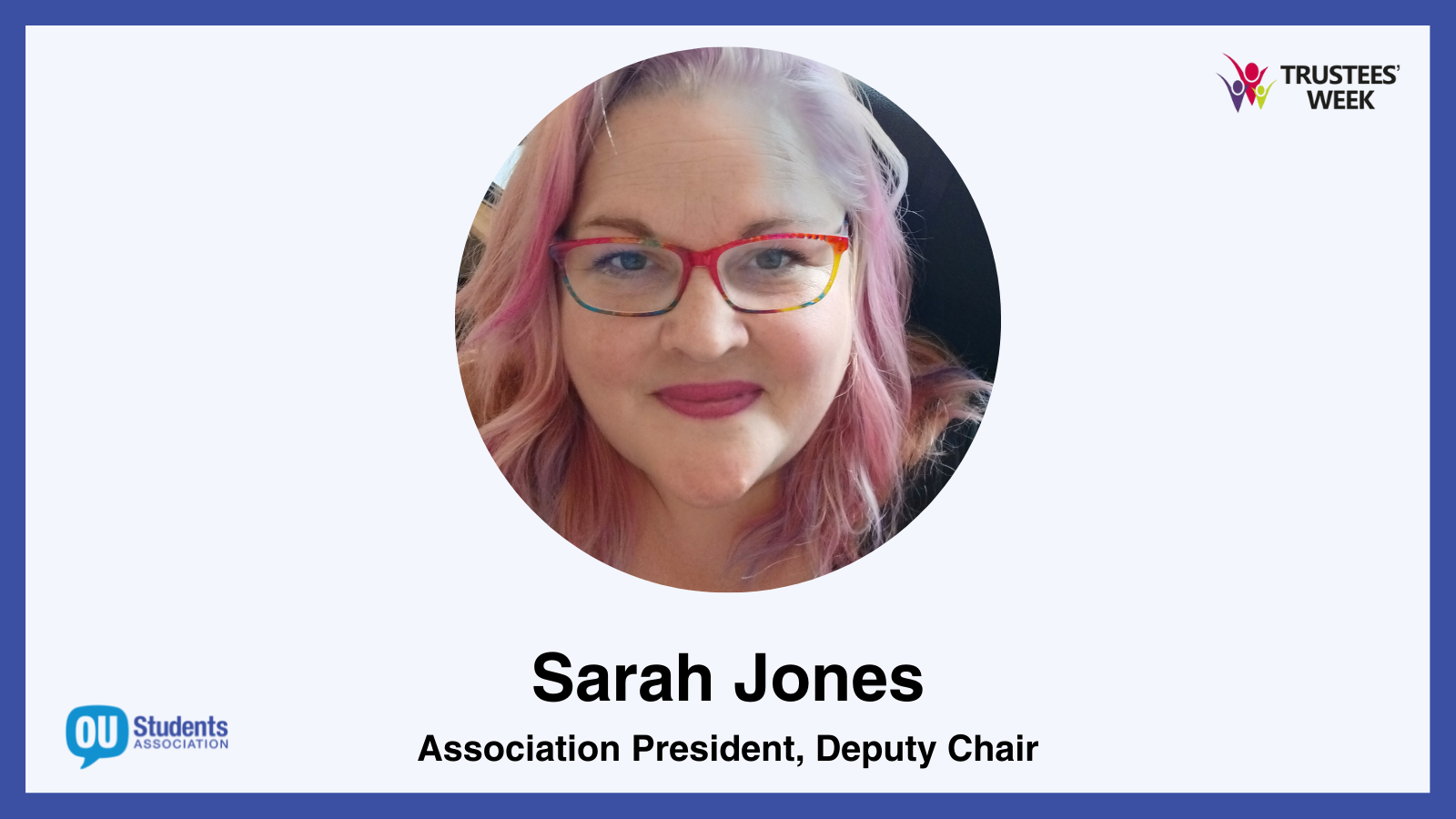 Sarah Jones is the first of three elected Representative Trustees and the President of the Students Association. She has previously studied a full-time degree in Primary Education at the OU, and is now completing a Masters in Education. 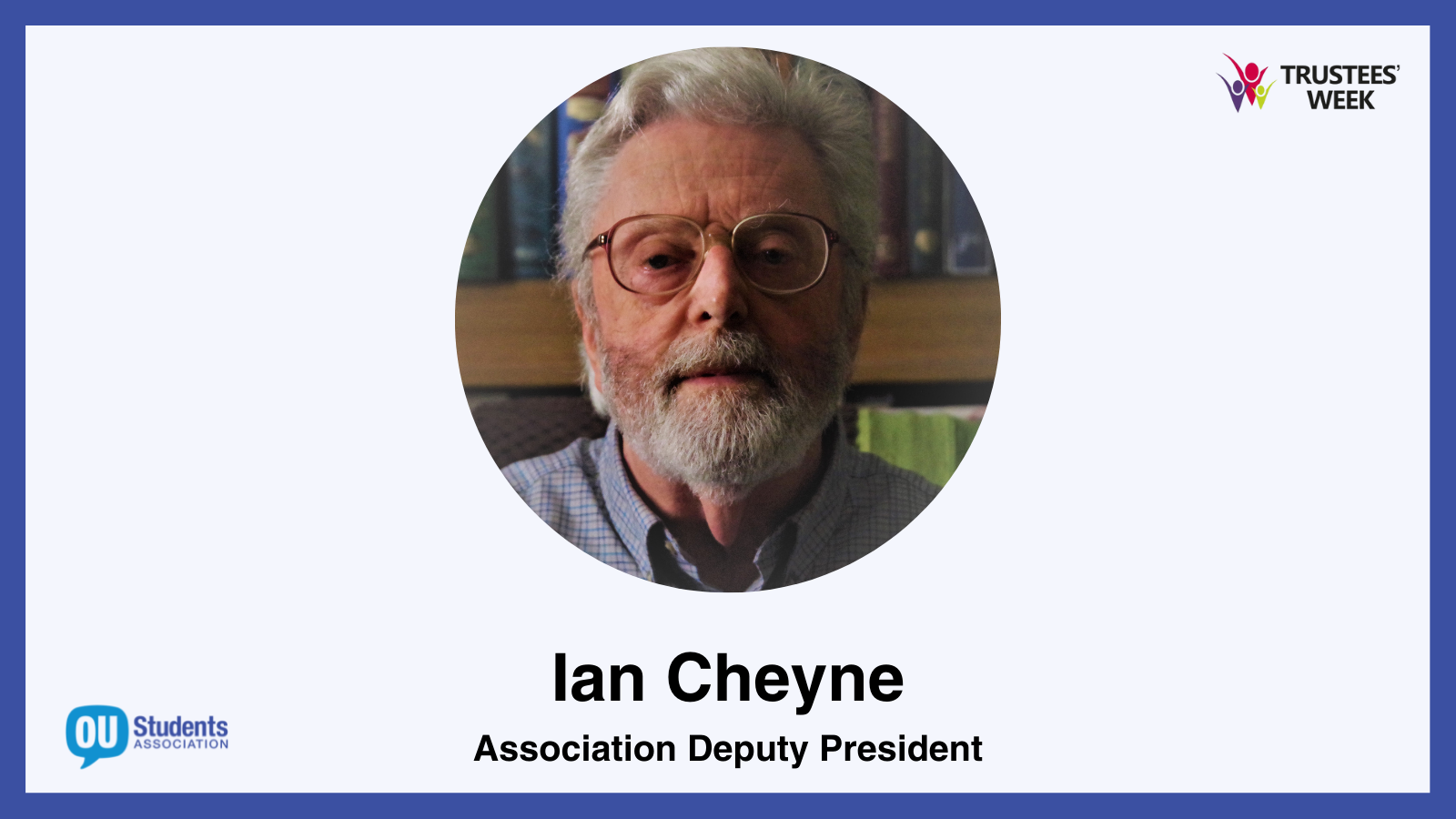 Ian Cheyne is an elected Representative Trustee and the Deputy President of The Association. A student at the Open University since the 70s, studying various modules in arts, language studies, and music. He is currently studying an MA in Creative Writing. 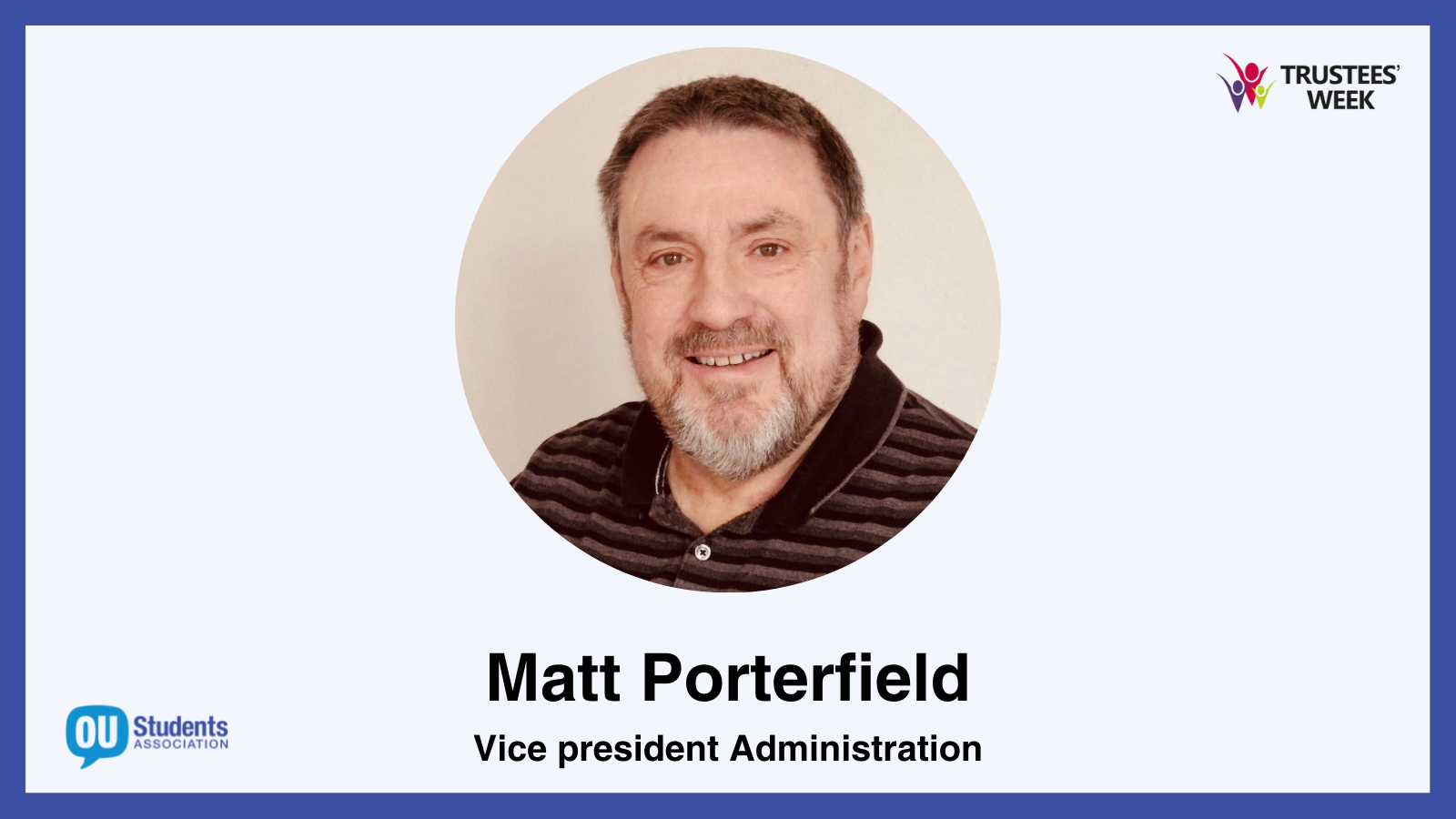 Matt Porterfield is an elected Representative Trustee and the Vice President Administration at The Association. He has previously studied a BA of Laws at the OU and is currently undertaking an MSc in Finance.

John James is currently one of four elected Student Trustees. He got bitten by the volunteering bug after being involved with the Senate Research Group, and alongside being a student Trustee, he studies a BA in Classical Studies. 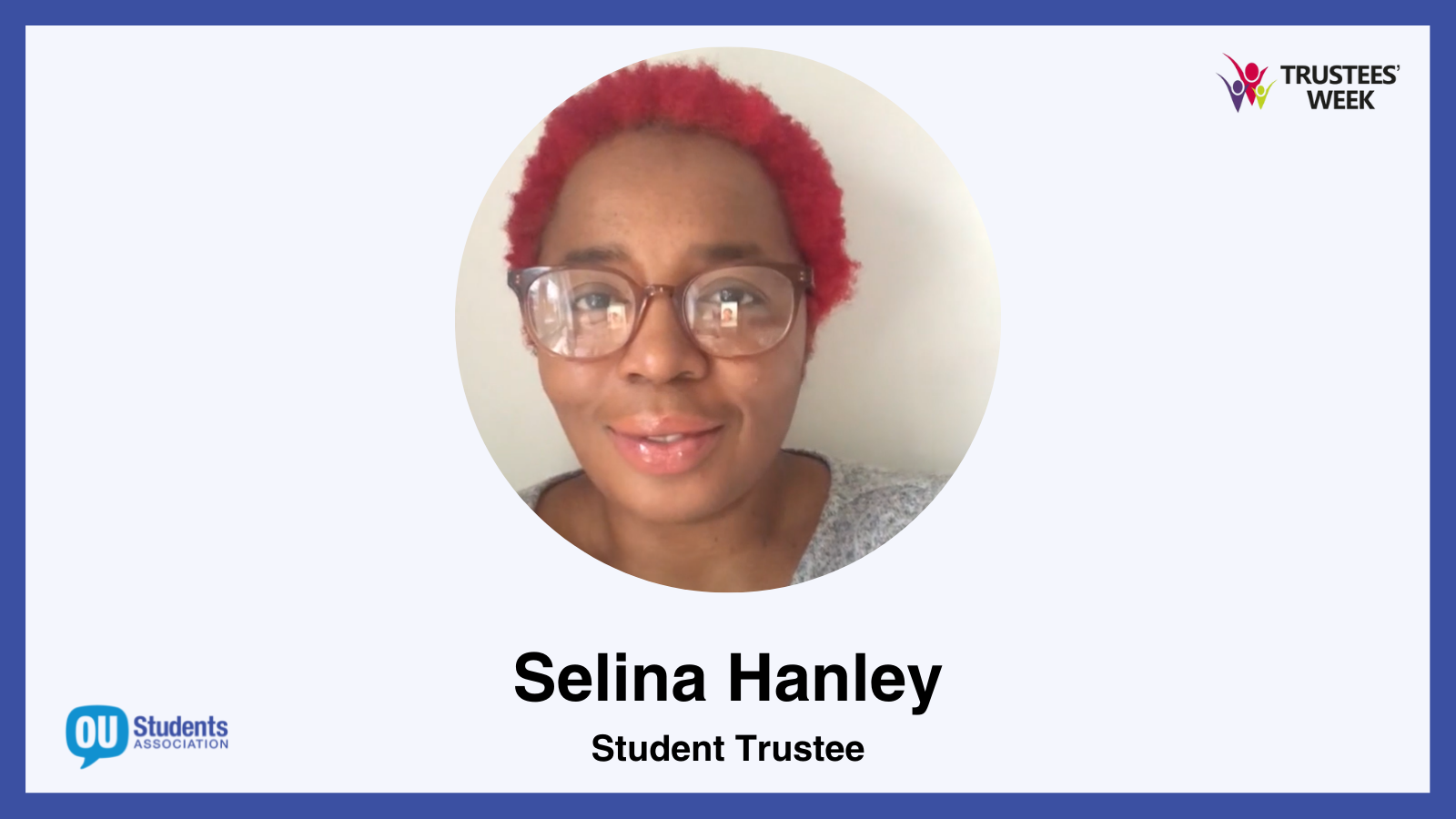 Selina Hanley is a Student Trustee who has studied workplace and people access courses in the past and is currently studying Health Sciences. 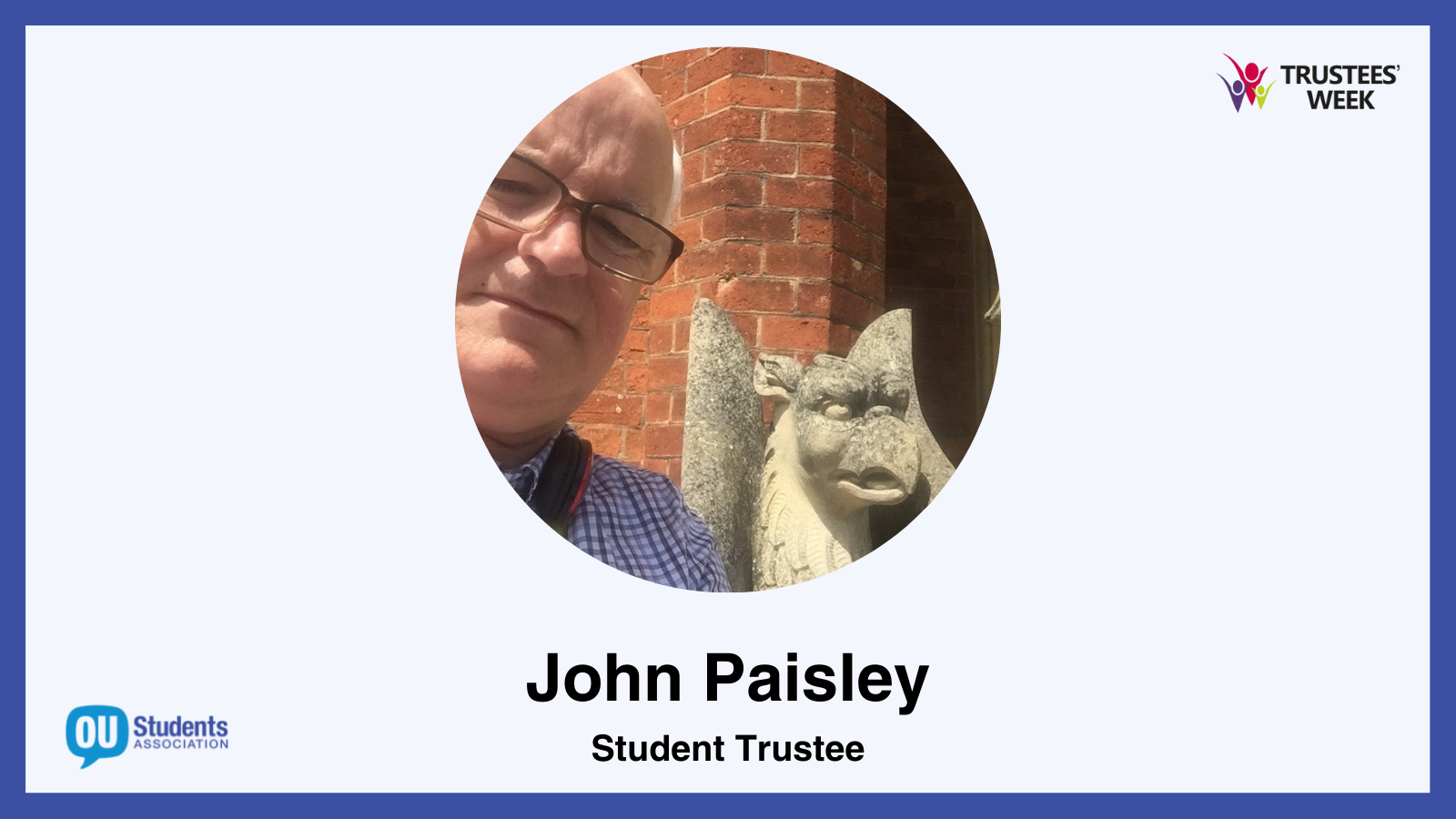 John Paisley is a Student Trustee with previous volunteering experience with The Association. A fan of travelling and a beginner kayaker, he is currently studying a BA (Hons) in Arts and Humanities. 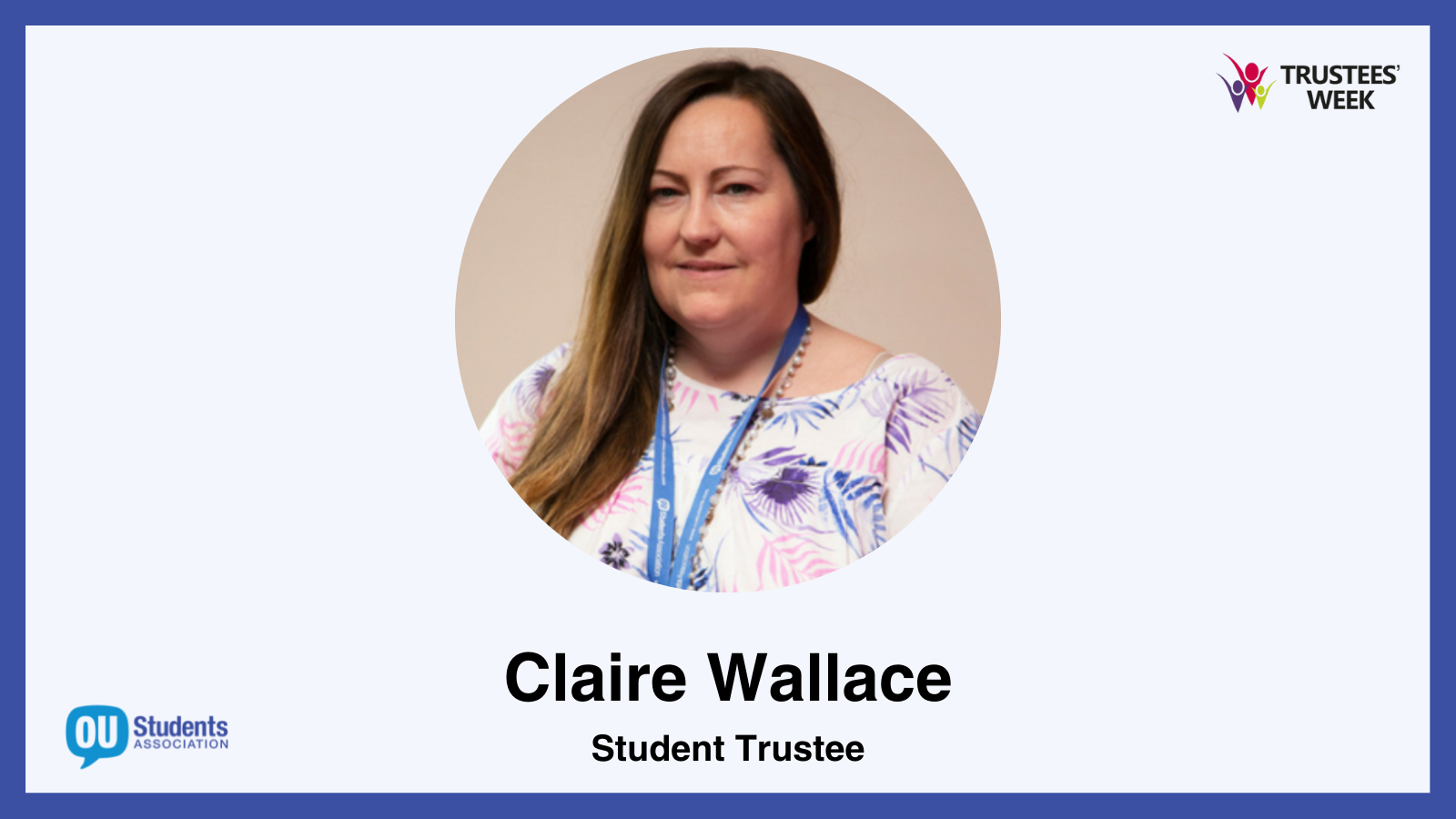 Claire Wallace is a Student Trustee with over seven years of volunteering experience with The Association, holding various roles as a Central Committee Representative. She is currently studying a Certificate of Higher Education.