This year, more than ever, I wonder what the festive season means. Born in New Zealand, Christmas as a child was summer sun, beaches, freshly picked muscles, barbecues, roast lamb, mint sauce and gravy, pavlova and family gatherings. At the age of six, I remember sneaking along the hall in the middle of the night to feel the presents Santa had left for me; I was so excited to figure out that my present was a calculator. Still makes me laugh. I also remember seeing pictures of winter Christmas scenes with beautiful snow and wishing it snowed for Christmas in New Zealand.

This is the beach where I spent most childhood holidays: 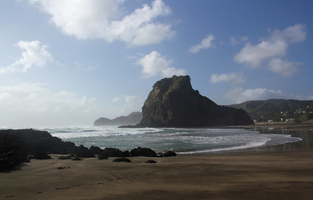 My high school years were spent in Rochester, New York, USA, attending a predominantly Jewish school. This is where I was introduced to Chanukkah, the Festival of Lights. Chanukkah is not the Jewish equivalent to Christmas although it does occur in December. This festival commemorates the rededication of the Second Temple in Jerusalem at the time of the Maccabean Revolt against the Seleucid Empire (160s BC). Soldiers only had oil to light the menorah (a candelabra) for one night, but the oil lasted eight nights, known today as the miracle of Chanukkah. In remembrance, a special menorah called a ‘hanukkiyah’ is lit, one candle each night, for eight nights. The ninth candle is used for lighting the others.

I have been incredibly lucky in my life to travel and experience the festive season in different parts of the world. As an exchange student in Germany, I spent Christmas with a family who introduced me to Saint Nicholas day, a fantastic concept. Children leave their shoes out on the 5 December evening hoping they will find them filled with sweets the following morning indicating they have been good, and Santa will come on the 24th December. I remember my host family brother receiving coal in his shoes because he purportedly hadn’t been good. He was so well behaved for the next three weeks!

At University, I studied in Sweden and the then Soviet Union. In Sweden, I got to experience St Lucia’s Day. The story goes that St Lucia was a young Christian girl who would secretly bring food to persecuted Christians in Rome and was ultimately killed for her faith in 304. St Lucia would wear candles on her head, so her hands were free to carry food and the name Lucia means light. In the Julian calendar, the 13 December was winter solstice and the shortest day of the year. The pagan festival of lights in Sweden was turned into St Lucia’s day. 13 December is now when Christmas celebrations begin in Sweden with a young girl dressed in a white dress with a red sash and a crown of candles on her head. 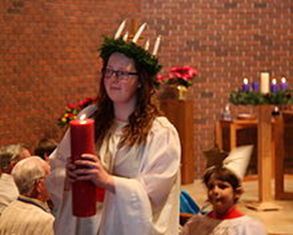 In the Soviet Union, instead of Christmas, we celebrated New Year’s Day. Following the 1917 revolution, Christmas was banned as a religious holiday in Russia and Christmas trees became New Year’s trees. Instead of Santa Claus, Father Frost or Ded Moroz, brings presents to children on New Year’s Day. Orthodox Christians in Russia celebrate Christmas on 7 January, also based on the Julian calendar.

As I got older, I struggled with Christmas. I don’t like the commercialism. Although, I remember saying to my boyfriend ‘whatever happened to giving gifts you have made, or a book or something meaningful’ and was then most put out that the only thing I got was a book. It was a very thoughtful book, a Russian art history book, and it was thoughtful he had taken my words seriously. For several years, I worked as play therapist with 2 to 7-year olds and we saw much higher rates of domestic abuse at this time of year. I worry about that still. I worry about that this year with the challenges we face due to Covid.

For a while, I tried to escape Christmas, spending 25 December in Egypt, Thailand and Nepal. Each of these has a special holiday meaning for me. In Egypt with my mother, travelling on the Nile in a Felucca (picture above), I met a British man (no longer in my life) and that’s why I live in the UK. I will just add, that in trying to escape Christmas, there were a lot of Santa Claus decorations for the western tourists in Egypt, they were everywhere! In Thailand, again with my mother, Boxing day 2004, I lived through the tsunami. The Thai people were incredibly generous and did everything they could for us. This is a picture of where I was as the tsunami developed:

As you can imagine, that experience also changed my life. It made me value what I have more than ever before, appreciate everything. It also led to my next festive season adventure. Growing up in New Zealand, Edmund Hillary and Mount Everest were legendary. It had always been my dream to trek in Nepal, but I hadn’t ever gone, because what do you do when you achieve a lifelong dream? Running for my life from the tsunami, I realised that if you don’t go after your dreams, you may never have the option. The following December, I travelled to Nepal with my father to fulfil the dream to see Everest in person. It was an amazing trip. And what I realised is, that fulfilling a lifelong dream is freeing, it opens many more unimaginable doors. 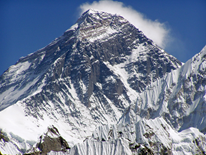 Shortly after, I met and married my husband. We both love the outdoors and many of our festive celebrations have been outside, often in beautiful Wales or in the snow around the Northern hemisphere. Clearly, an influence from my childhood dreams of a white Christmas.

So where does that leave me now with the meaning of the festive season? I think it is about appreciating what you have and surrounding yourself with loved ones – in whatever way you can. This year, I am away from my family – visiting them is not an option, many of us are in this position. To say this year has been a difficult year for most is an understatement. This festive season, I think it is essential to tell everyone who matters that you love them. It is important to take stock of what we do have and what that means to us, to be thankful. In 2020, we must be inclusive and respectful, however you celebrate the festive season. We must also have hope. Hope for our future. And with these thoughts, I wish you all happy holidays and peace. 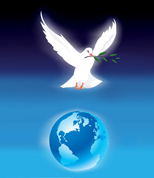 Please do write in the comments below about what the festive season means to you. Let us know how you celebrate. We really hope you share with us the many more festivities that happen around the world at this time of year.