Advent is a good time of year, particularly looking forward to the OU Students Association’s 50th birthday in 2022, to remember the ambitions and aspirations of the OU’s founding mothers and fathers back in the 1960s, and all the lives the OU has changed since.

While the world has moved on since The Open University opened its doors in 1969, some things have very much stayed the same – including reaching hundreds of thousands of students across England, Ireland, Scotland, Wales and beyond, offering high quality education at a distance to those who might not otherwise get the opportunity to study at degree level.

For this door we have picked you out a selection of five OU people from well over 50 years of history. 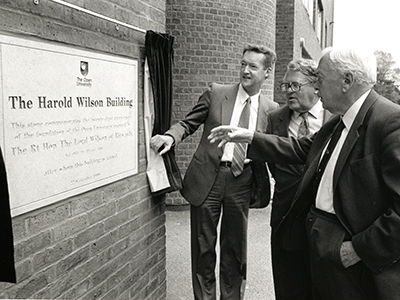 Harold Wilson MP was the British Prime Minister who made The Open University happen – he explained to the Students Association in 1977 how it came into existence against all the odds:

‘I knew the whole Establishment would be against it – I didn’t realise how much – or how many of them.’

You can watch Wilson’s speech on the OU Digital Archive.

Jennie Lee MP was the Minister of State asked by Wilson to make the OU happen, and she did. Explaining the proposal in advance to the shadow cabinet, Jennie described the proposed Open University:

‘what none of you know and I don’t blame you because the Press don’t print it is this wonderful idea, it’s the greatest thing that we’ve ever seen and it’s the Open University.’ 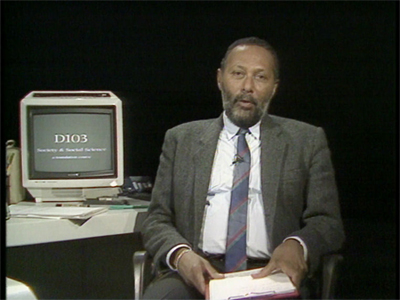 Prof Stuart Hall was one of The Open University’s most famous academics, holding the post of Professor of Sociology from 1979 to 1997. Hall was known as one of the leading theorists in the field of cultural studies – particularly regarding the concepts of race, identity and multiculturalism.

More information about Stuart Hall and his contribution to the OU and more broadly is on the OU Digital Archive. 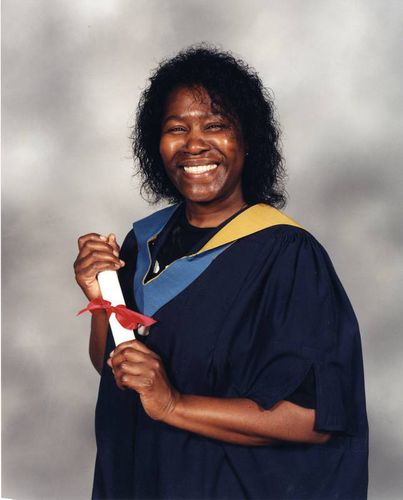 Joan Armatrading CBE, world renowned singer-songwriter, features here representing OU students. Joan graduated with a BA (hons) degree in History in 2001 and has been a fierce advocate for the OU ever since. She said ‘Achieving my OU history degree while studying on tour between gigs remains one of my biggest achievements so far. I’m proud to be part of the OU family.’

More about Joan is available from the OU Alumni Association.

Naomi Sargent (later McIntosh) was one of The Open University’s first advocates of ‘Student Voice’ although it did not have this label at the time. She joined the OU in 1970 becoming Pro-Vice-Chancellor for student affairs from 1974 to 1978.

Daniel Weinbren’s ‘The Open University: A History’ describes how she was a pioneer in the use of surveys and interviews, learning from ‘the voice of students.

Much, much more about the history of The Open University, the Students Association and its people, places, methods and ideas are available from the OU Digital Archive.