Today is International Day of Women and Girls in Science, a day to celebrate and champion the roles of women and girls in STEM (Science, Technology, Engineering and Mathematics).

At The Open University, the Faculty of STEM is committed to improving gender equality and has achieved numerous awards including an institution level Athena Swan Bronze Award. We have numerous incredible female role models, and it could be quite easy to forget as a student surrounded by ambitious women in STEM, that the world of STEM is still far from equal.

One of my favourite podcasts (Reasons to be Cheerful) in 2018 addressed the so-called ‘leaky pipe effect’ which leads to a steady loss of female talent at every level of STEM. Despite girls outperforming their male peers across the curriculum at the end of primary school, girls only drew level with STEM A Level uptake for the first time three years ago and continue to be overwhelmingly less likely to graduate STEM and less likely still to take up a STEM career.

Many readers of The Hoot including OU parents, educators, scientists, and engineers all have a role to play in helping shape a fairer future in STEM. So as a STEM student and educator, I’m celebrating today by sharing just some of the ways in which readers can get involved in spreading the love for STEM.

It’s all about the role models 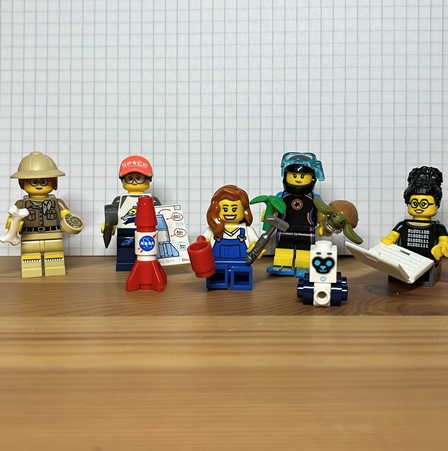 The aspirations of most 7-11 year olds are often built from celebrities they know or the people they have met. ‘Girls Who Code’ an organisation keen to plug the gender gap in entry level tech jobs (only 24% of which are currently taken up by women) vouch for the importance in raising aspirations by introducing girls to someone just like them in a real-life tech role.

They are not alone; STEM has a huge network of 37,000 ambassadors willing to connect with schools and communities free of charge. If you work in STEM or study a STEM subject, you could be their next role model by joining their ambassador program.

Within the OUSA, the Space Society also plays a part – connecting students on social media and sharing fantastic resources and competitions for educators. They too have taken their talks out into schools (with special guest and Space Society Mascot Captain Tardi on board too!).

From the extra-curricular to the curriculum, if you’re currently working or volunteering in education, I would be unsurprised to hear that you already learn about Women in Science – in fact, I’d go as far as to confidently name them all…Marie Curie, Mary Anning, Katherine Johnson, Rosalind Franklin, Mae Jemison, Grace Hopper (I could go on…).

What I ask you is, are they relatable?

As the first woman to be admitted to the Geological Society, a local of my favourite childhood holiday spot, Lyme Regis, and collector of fossils it’s fair to say I have a real soft spot for Mary Anning, and I am very excited for the reveal of her statue later this year. However, we’re not all going to have statues in our honour, we certainly won’t all win a Nobel Prize and while not a career impossibility, NASA isn’t a UK organisation.

Social media is filled with incredible scientists and science communicators – normal people doing normal jobs and living normal lives. Large organisations on your doorstep (e.g., for me, Rolls Royce and JCB) have dedicated outreach teams whose role it is to promote just that. Why not engage with the real people of STEM today and make a local scientist the feature of your curriculum? 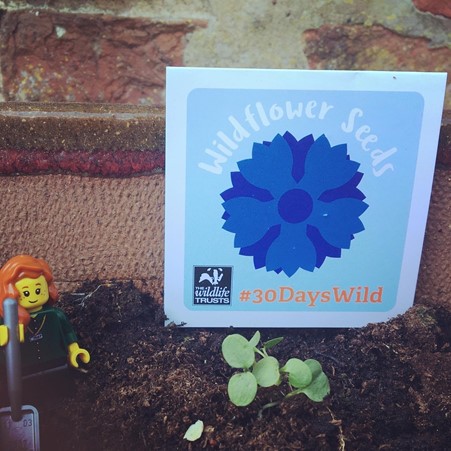 A great source of inspiration for me came from exploring my natural environment. I was lucky, I grew up in the Yorkshire Dales National Park, but this really doesn’t require a family trip to the Dales or the technological intervention of the BBC Springwatch crew. In fact, many organisations are keen to help you out for free.

Every year in June, I join The Wildlife Trust with their #30DaysWild campaign. They produce a free pack for both families and schools to get involved with exploring their local wild spaces.

In January, I can be seen at my kitchen window with a cup of tea dutifully logging the species of bird landing on my front lawn on behalf of the RSPB Big Garden Birdwatch campaign.

The OU itself also has Treezilla, a citizen science project asking you to join their scientists and log data on your local trees.

In school and at home, you can experiment by building a rain gauge or sundial using items from your recycling bin, crafting a simple hotel for insects in your outdoor space using natural materials or simply having a sunflower growing competition. These ideas are ones that helped inspire my curious mind over two decades ago and are still going strong today.

Nowadays, modern technology has made our engagement with nature even more exciting. With the help of a smartphone, you can test out plant and animal recognition with the iNaturalist app, or learn your constellations with a free stargazing app (e.g., SkyView Lite). 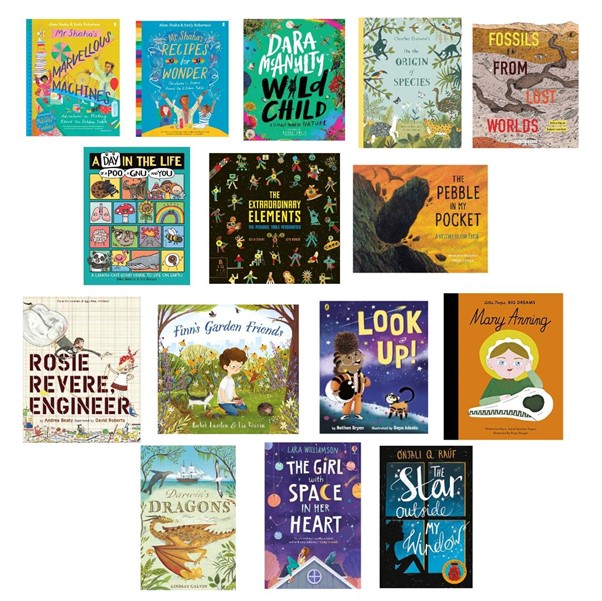 I live in the Peak District now and I am still at the mercy of the elements. So, for those cosy family days inside or for the educators who are keen to create a buzz for science books here are some of my favourites.

A small plea as a teacher and reader, I can’t encourage you enough to find a space on your shelves for non-fiction. As a child I had a small pocketbook of Rocks and Minerals that I absolutely treasured – it wasn’t a story book, but its contents intrigued me, and I still have it on my desk as geological inspiration today.

Practically Perfect in Every Way

Practical science is often the reason career scientists and engineers state for choosing their pathway and indeed The Royal Society’s recent research reports higher engagement and increased interest in pursuing STEM careers when learning is led through investigative work.

If you’re an educator, you don’t need to be a career scientist to revamp the enquiry in your lessons. There are some excellent resources out there filled with ideas to make your lessons more practical:

This is certainly not just a plea for educators, scientific toys remain three times more likely to be male targeted and girls remain less likely to make use of spatial and rotational skills in structural play like Lego. As a girl whose interests include both Lego and dinosaurs, next Christmas, give STEM toys a chance!

As we slowly begin to emerge back into a more normal world, be sure to keep an eye out too for local events as well as local museums/sites of interest who may engage with British Science Week or activities of their own creation as well – the perfect chance to get hands on with science on a larger scale. 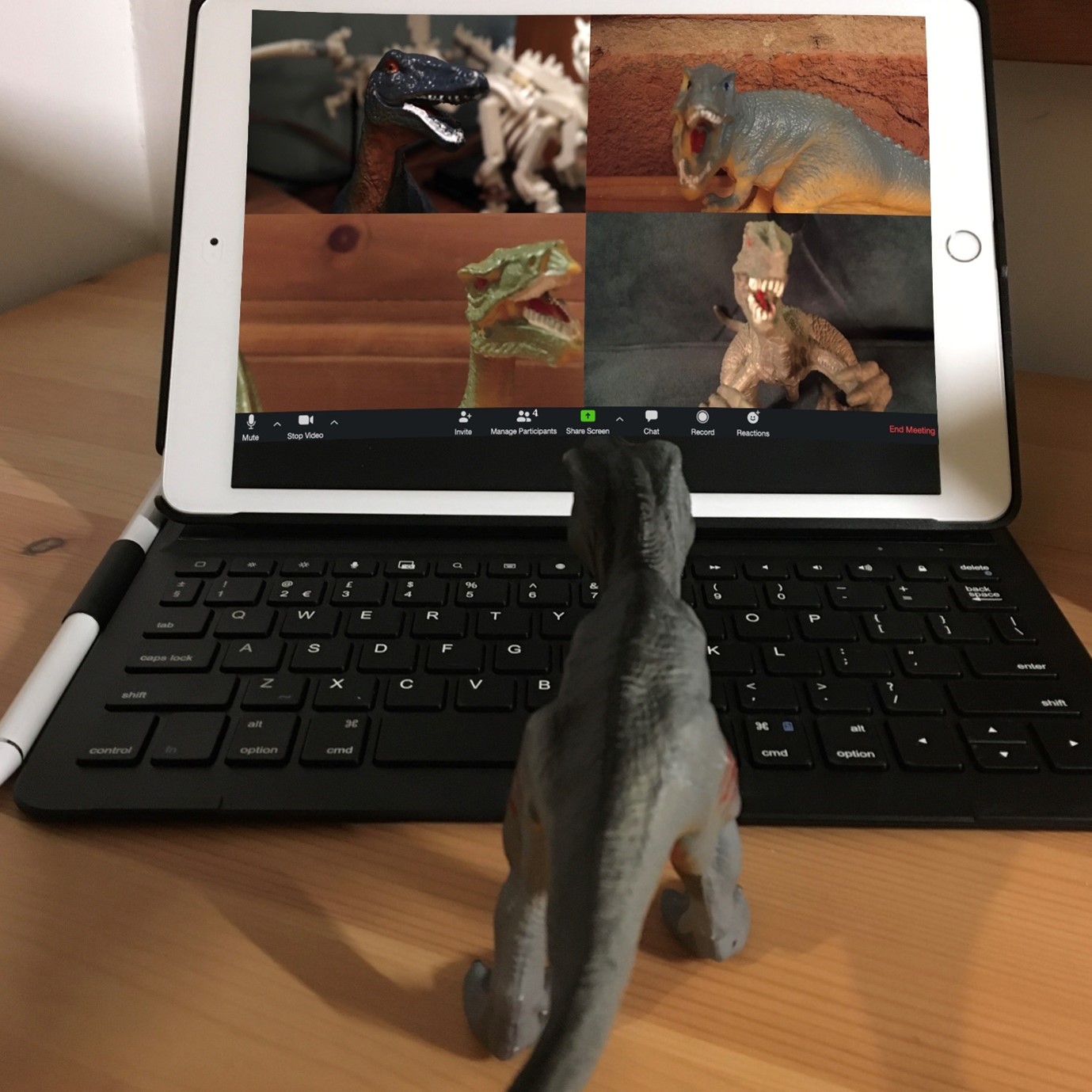 Inspired by the fantastic talk given by Lopa Patel at Conference 2022 I’ve been booking free Eventbrite talks on geothermal energy and treating myself to a new book (or three) to fully immerse myself back into STEM. Though, what struck me most about her talk was the idea that we must stop promoting the need to be good at science to pursue it.

So often when I tell people my A Level subjects, I often get back that I must be so clever (I’m as confused by an Ikea flatpack as you are), so logical (yes, I broke my Rubik’s Cube and stuck it back together), so good at Maths *laughs in MST124 Unit 8* (not a Maths student? Google “Integration Methods” and prepare for a Mathematical thriller).

The Open degree is among the university’s most popular with good reason, we do not all fit into perfect little subject shaped boxes. Indeed, there are plenty of creative scientists out there.

I adore the work of Lauren Cook, a molecular ecology PhD student at the Natural History Museum who makes beautiful, watercolour stop motion animations, like this amazing short film about the importance of Beavers in the ecosystem:

Also, not to be missed are the cute Geology based Lego animations of OU PhD graduate Dr. Stacey Phillips.

Good grades don’t make a great scientist – passion and an enquiring mind is all that is required here.

Often schools deliver carefully tailored and painfully predictable experiments, so imagine my horror when I started to study Chemistry for the first time at university level and NOTHING worked! Science is messy, science gets things wrong, and science doesn’t know everything because as Dara O’Briain (himself a Mathematical Physics man) so perfectly put it – “Science knows it doesn’t know everything, otherwise it would stop”.

Instead of promoting inner science genius maybe we should all take the time to find a little wonder in the world of science around us and to actively engage in it or share it with others.