I hope you have all had a good week. My monsters went back to school on Tuesday, so it has been a little less chaotic! Sunday evening, they both play cricket and are out of the house, so I took the opportunity to go to bed early and relax watching TV – it was pure bliss!!! It has also been lovely to see so much of that strange yellow globe up in the sky and less wind and rain, maybe spring is on the way!! 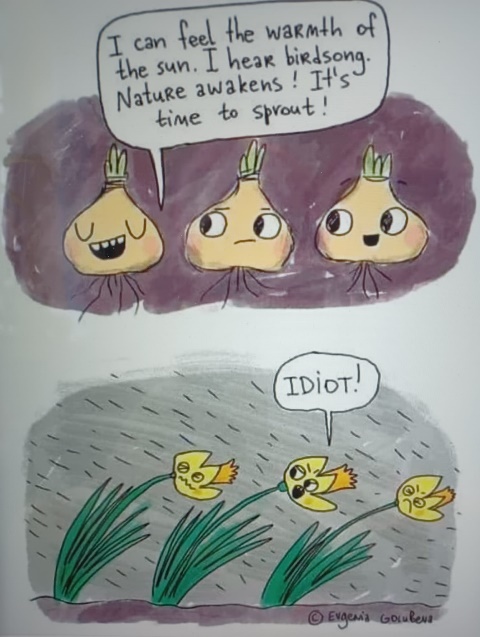 March is the month that we are celebrating the amazing women of the Association, so keep your eyes open for more about this as we go through the month. If you have a story to share with us or want to know more you can email us at oustudents-50@open.ac.uk or find out more on our webpage.

At the end of last week, we put out some important information about the government consultations and plans for Higher Education (HE) and a statement about Ukraine. You can find them on our website. 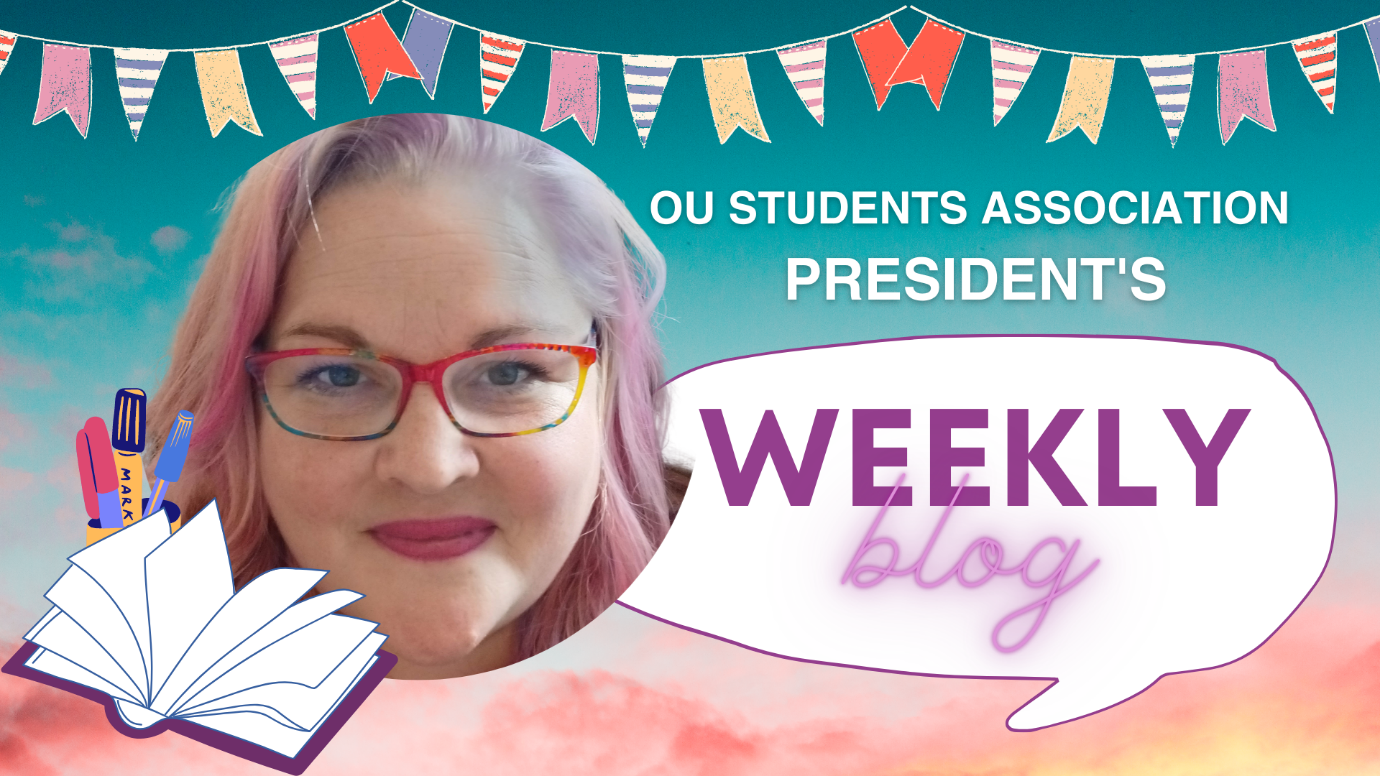 I met a tutor called Sarah Lightfoot and had an interesting discussion about my student journey and student voice after making it in Lego as an art project for her research!

I then met together with some of the Culture Review Working Group to discuss how best to share our new Behaviours and Values Policy not just with our volunteers, but also with the wider student body.

I have been wanting to do a podcast for a while now and we recorded the first one on Monday lunchtime. It was great fun, shame my monsters were on an Inset day and couldn’t keep quiet, but that is the joy of home working!

My next meeting was with Reiss Millar, Project Manager for the 50th, we talked about the theme for this month and how we would take it forward. I then had a quick catch-up with Fanni Zombor, Vice President Engagement.

Monday evening was a briefing session for the upcoming OU Student Consultations.

I started my day with a meeting with Danielle Smith, Student Council Member. We discussed the upcoming papers and the thoughts we had on them.

Next, it was Council. There was an update for the Chair and Vice-Chancellor who both mentioned the crisis in Ukraine and what the OU is doing to support those affected who are part of the OU Family. There were also updates about the HE sectors. We had some great discussions around many other topics including the Associate Lecturer Contracts, Finance, Institutional performance, and a fantastic report from Scotland. I gave an update on the last few months and how the voting had gone at Conference. There were some difficult questions to answer but the report was warmly received.

I then caught up with Fanni and Sue MacCabe, Head of Strategy, and Insights.

I started my day with the first of two meetings with Rob Avann, Chief Executive. We couldn’t find an hour clear that we both had so ended up having two half hours instead.

My next meeting was with John D’Arcy, Nation Director for Ireland. We had a discussion about the graduation next week in Belfast, which I will be attending as a Council member and the launch of the manifestos for the upcoming elections.

I then had a regular catch-up with Fanni, we discussed a roundtable that she had been to around HE and some of the meetings that she is attending at the moment.

The Pro-Vice-Chancellor of Students (PVC-S) has a regular Advisory Group that I sit on, and this was up next. There were some updates including the new safe space reporting tool and policy updates from the HE sectors. We also had some discussions around student retention.

I meet with Liz Marr, PVC-S, before every vice Chancellors Executive meeting to discuss the papers. During this meeting I also ended up asking her for advice as well, she is a very wise colleague who I appreciate working closely alongside!

Wednesday evening was the first of the OU Student Consultations. It went really well, and it was a great opportunity to speak to students about their experiences. If you come along to any of these consultations your views and opinions are highly valued and have a part to play in the work of the OU.

I started the day helping a colleague with some interview prep then I had a catch-up with Beth Metcalf, Director of Membership Services.

Next, I met with Nicky Powell, Senior Volunteer Training, and wellbeing Officer, to discuss some training.

Georgia Demopoulou is a reasonably new member of staff who works in the Community team with the Faculty Representatives, and we met to discuss an upcoming Hoot Article that they are contributing to.

I then had catch-ups with Reiss, Sue, Beth, and Nicky, and then Reiss again! Mostly discussions around 50th events and the upcoming celebrations of the student leadership team, called the CEC, in July.

I met with Kate Whithers, one of our volunteers to discuss her further involvement in volunteering and her future plans.

I also met with Paul Traynor, Chief Financial Officer for the OU to discuss Post Grad Loans and what the OU might be able to do to make it easier to navigate funding options.

My last meeting of the week was with Gabby Cull, Head of Executive Support and Welfare to discuss the final Student Leadership Meeting of the term in July! Exciting stuff!

I hope that you all manage to get a good weekend. I am planning a Lord of the Rings movie marathon with my monsters as I haven’t seen much of them this week. I am hoping that the weather is good so I can get outside and see the progress on the office! Have a great weekend, see you on the other side, but until then, Go Well!