Barbra Streisand sang “Don’t bring around a cloud to rain on my parade” and that was an appropriate theme for Saturday in Nottingham.  It was wet, so wet infact that the facepaint ran into the white t-shirts!  Nevertheless it was a fantastic day with a great turnout from students and staff representing the staff LGBT+ group and PLEXUS. 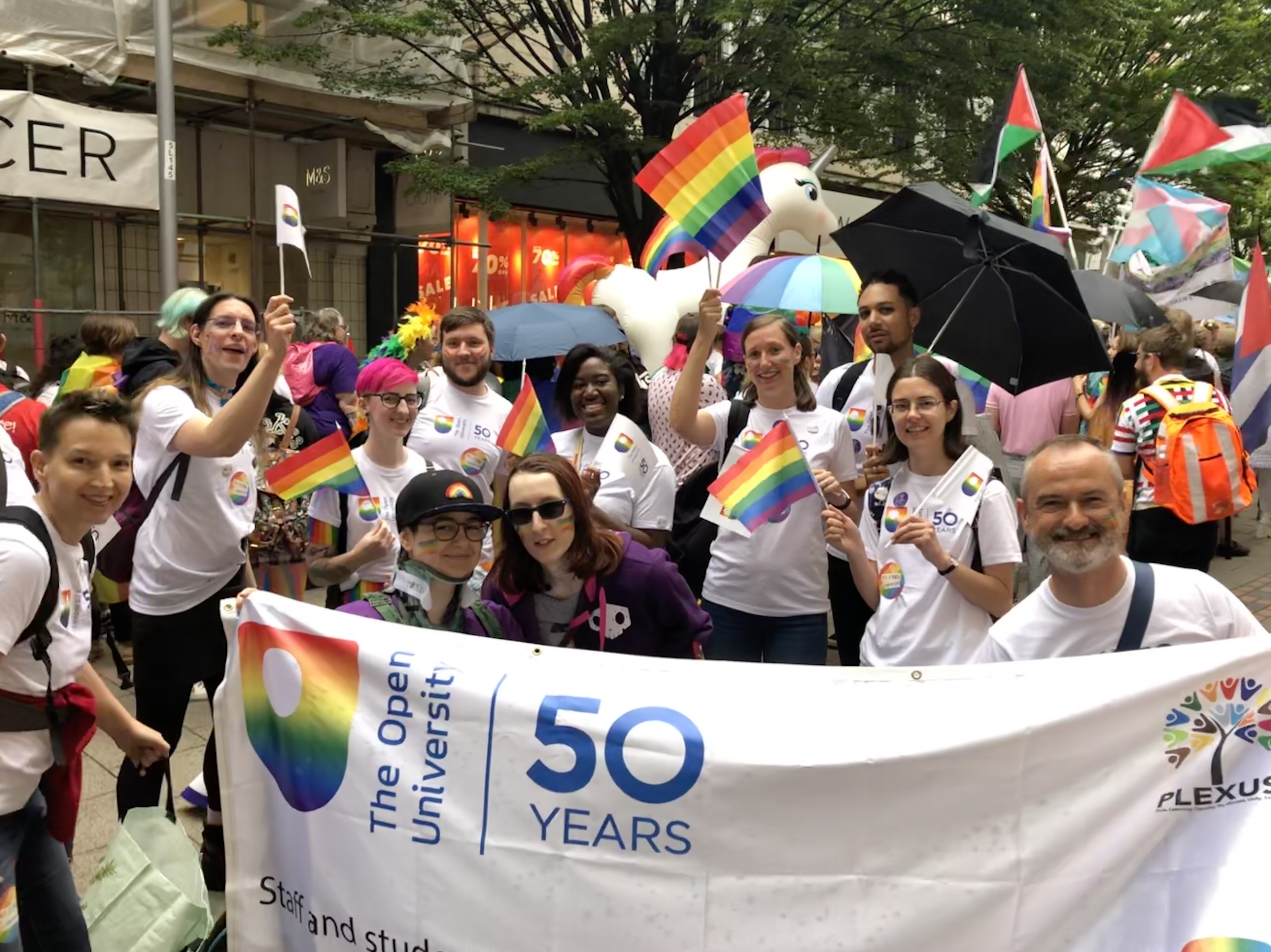 This was the fourth Pride that we’ve attended this year and certainly one of the noisest, there were colourful costumes and some serious messages on display as we walked from Listergate towards Broad Street and despite the downpour there were crowds lining the street all along the route.   Being quite far back in the parade we missed the Sheriff of Nottingham’s address once the main body of the march reached the rendevouz point and I think I’m a little upset I never once saw Robin Hood, Maid Marian or even a Friar Tuck. 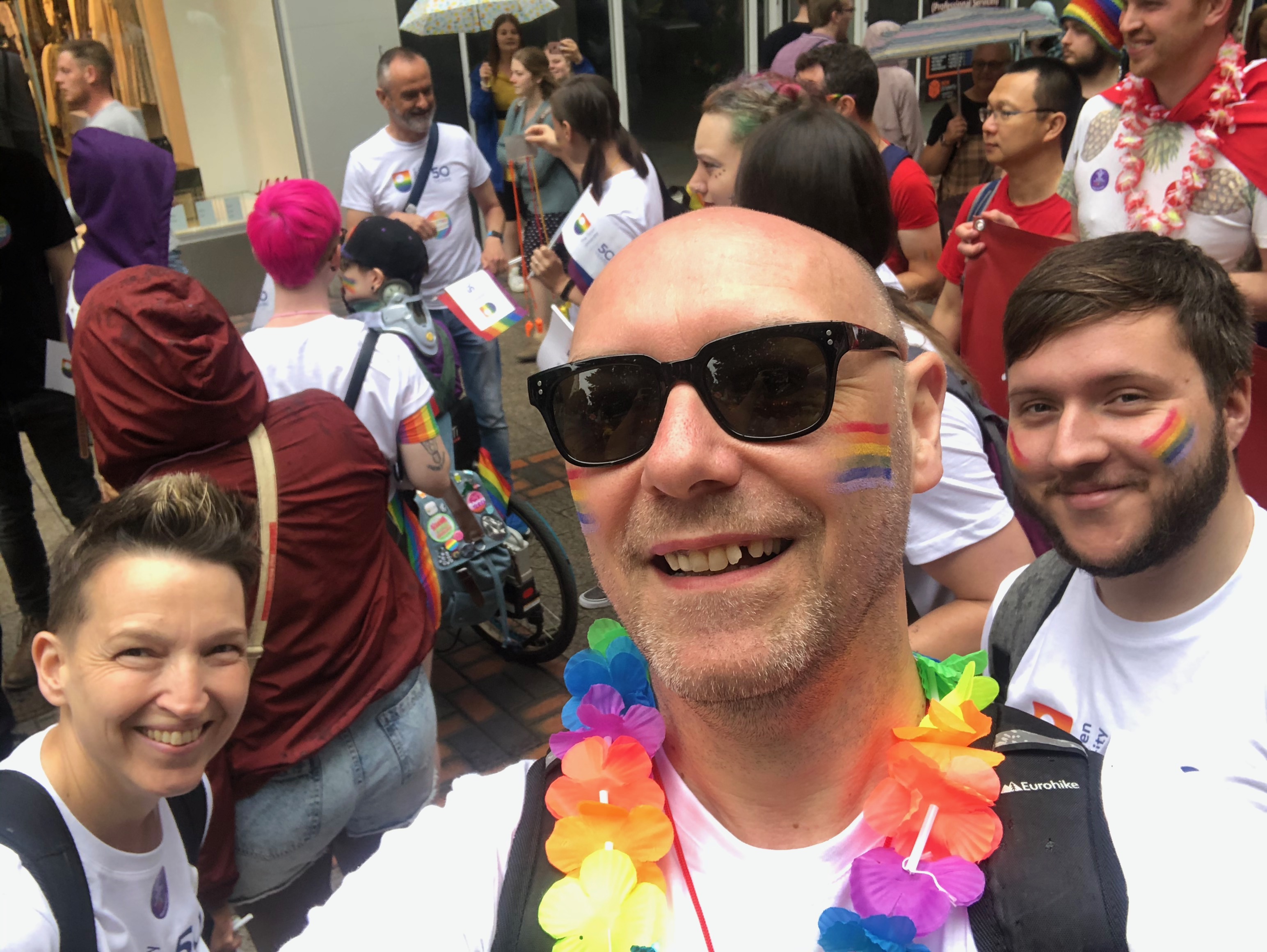 A big thanks has to go to Sam Dick for pulling together the staff group, and Kirean and I are looking forward to doing it all again next weekend in Belfast.