Netflix have recently made an announcment that they are cancelling First Kill after one season.

First Kill is a show about two teenage girls who fall in love, but there is a twist! Calliope (Imani Lewis) is a vampire slayer and Juliette (Sarah Catherine Hook) is a vampire. Both are aiming to get their first kill.

The cancellation of this show did not come as a surprise to many people. In the past few months, other shows which focus on Lesbian characters have been cancelled, such as (Amazon) The Wilds and (HBO) Gentleman Jack. 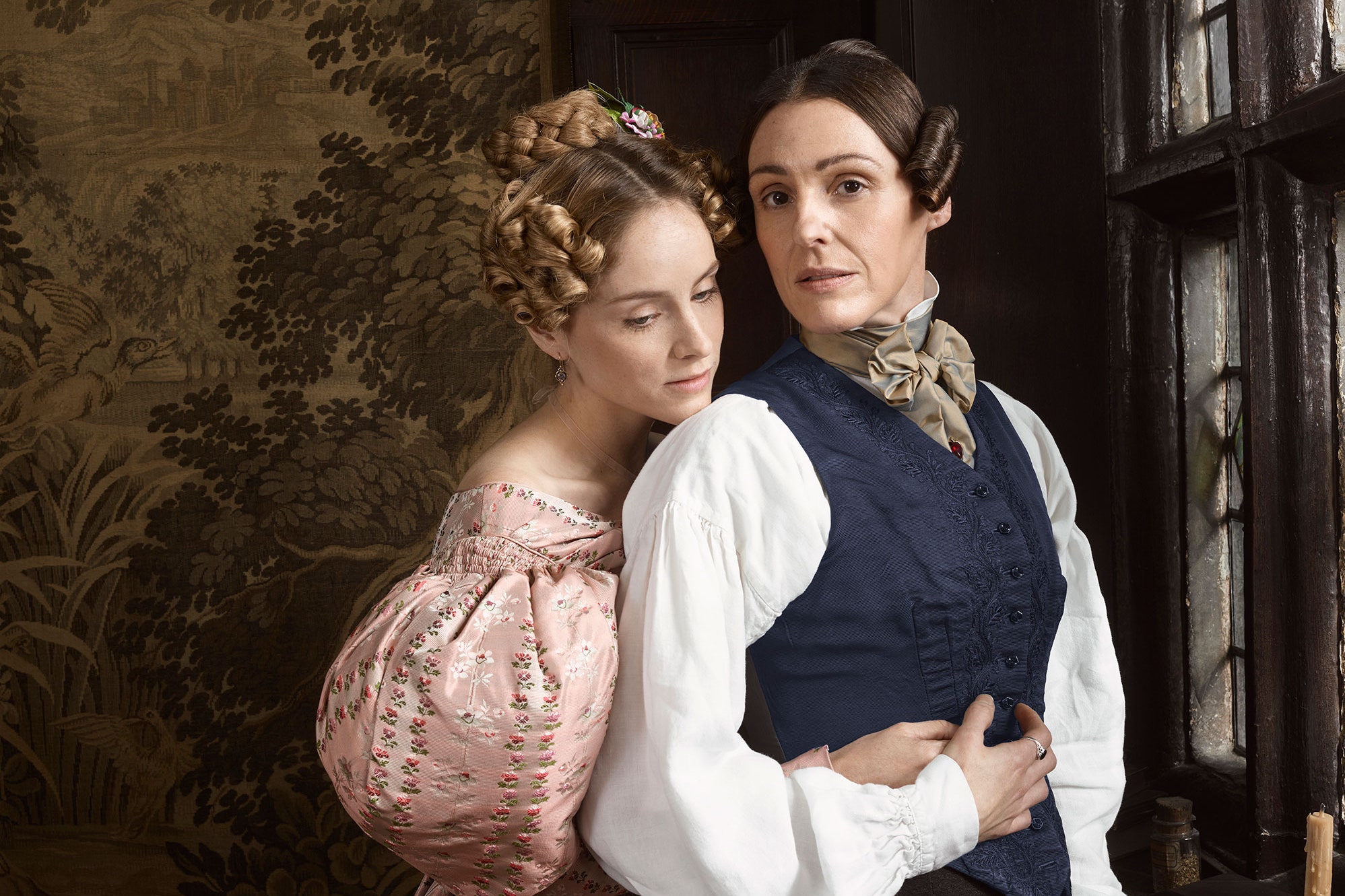 The excuse Netflix gave for cancelling First Kill was that the show apparently did not meet the required amount of viewing in order to be renewed. However, there is evidence to suggest otherwise! 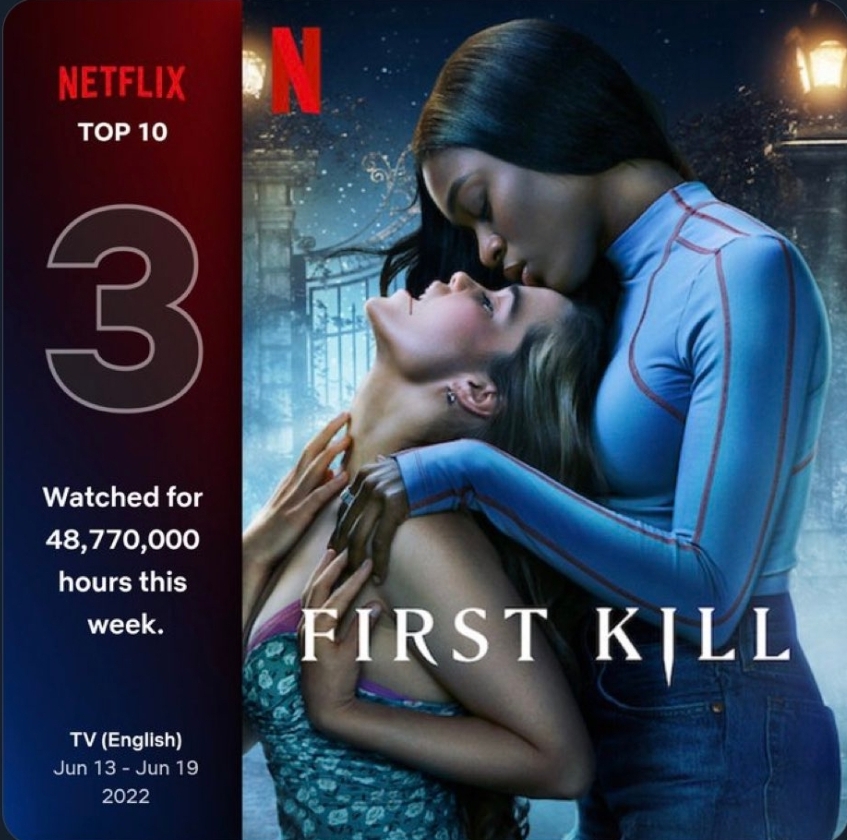 First Kill gained a 3rd most watched show on Netflix

Since Netflix announced the news First Kill was being cancelled, conversation has arisen as to the way streaming companies treat Lesbian/sapphic shows.

First Kill noticeably did not gain as much advertisement as other Netflix shows. The budget for the show was also low (if you watch it, you can tell by the CGI!). Essentially it was set up to fail from the beginning.

Being on social media both before this show aired and the first week it aired, I saw a mass amount of people pushing to keep numbers and viewing up in order for Netflix not to cancel it. People tried hard to make sure this show did not fail as there are not many Lesbian shows out there anyway.

Heartstopper is a show about two teenage boys who fall in love. It had similiar rankings and viewings on Netflix and was renewed for another season.

And so the question needs to be asked, why do companies treat sapphic content the way that they do? Why are they not putting the same amount of time, energy and money as they would do with any other show?

The showrunner Felicia D. Henderson has also spoken out about the cancellation. They said, "The art for the initial marketing was beautiful. I think I expected that to be the beginning and that the other equally compelling and important elements of the show — monsters vs. monster hunters, the battle between two powerful matriarchs, etc. — would eventually be promoted, and that didn’t happen” – deadline.com.

Not only is First Kill being cancelled a loss for the Lesbian and sapphic community, but it also is a loss for the Black Lesbian community too as there are not many main character representations in the media. 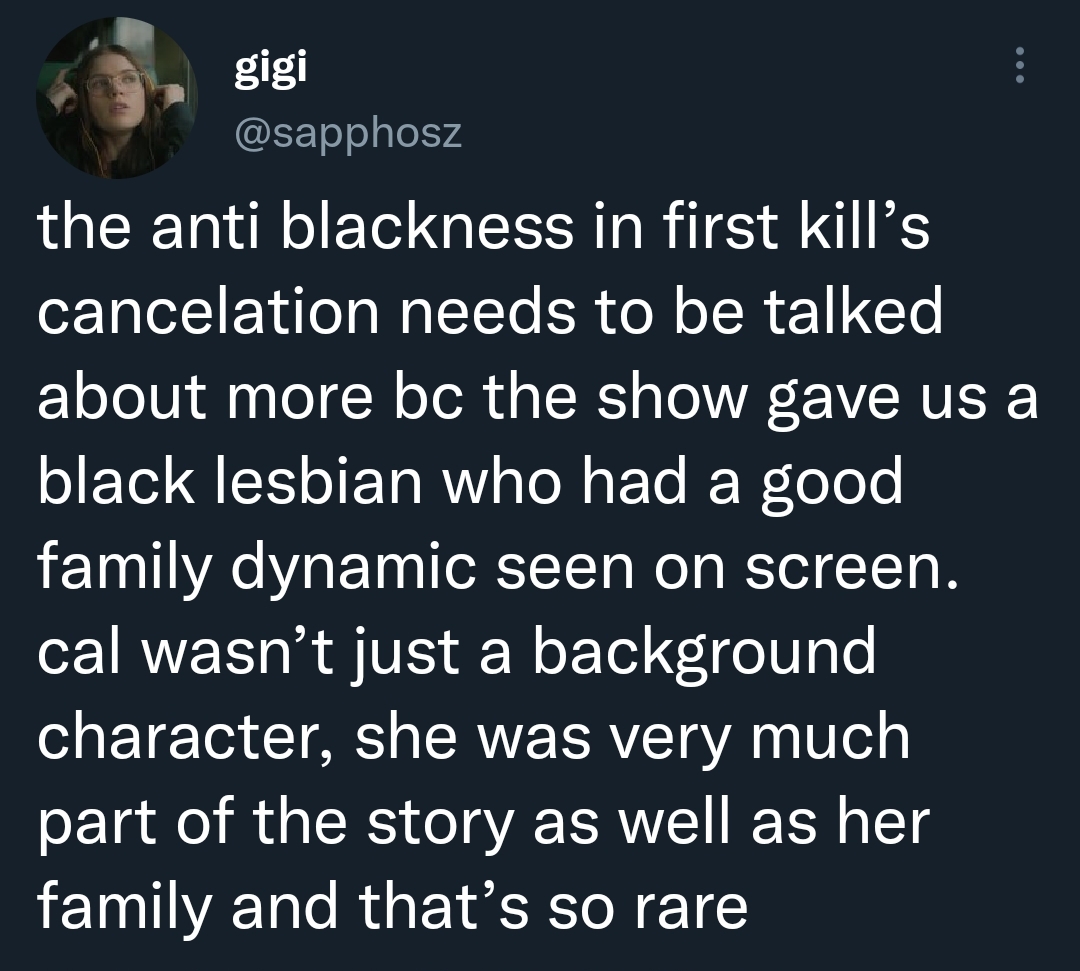 As mentioned above, streaming companies are notorious in how they treat sapphic content. Killing Eve is another noticeably disappointing show. Although it did not get cancelled, the last season(s) declined in their portrayal of Villanelle and Eve.

In the last season when Villanelle and Eve kissed, the team involved in the show (including the writer of this season) poked fun at this kiss and demeaned its impact. Fans were also left disappointed at the neglect of Villaneve (Villanelle + Eve) in the last season.

The ending also involved killing off Villanelle. This is another trope which seems to be popular within Lesbian content (killing off one half and/or ensuring neither of them have a happy ending).

If fans are working hard to ensure shows do not fail, if the viewing numbers are well over and above and if people are loving these shows, then what is the reason for cancelling them?

Sapphic media needs more support. We need to see more sapphic people in front of the camera and behind it.