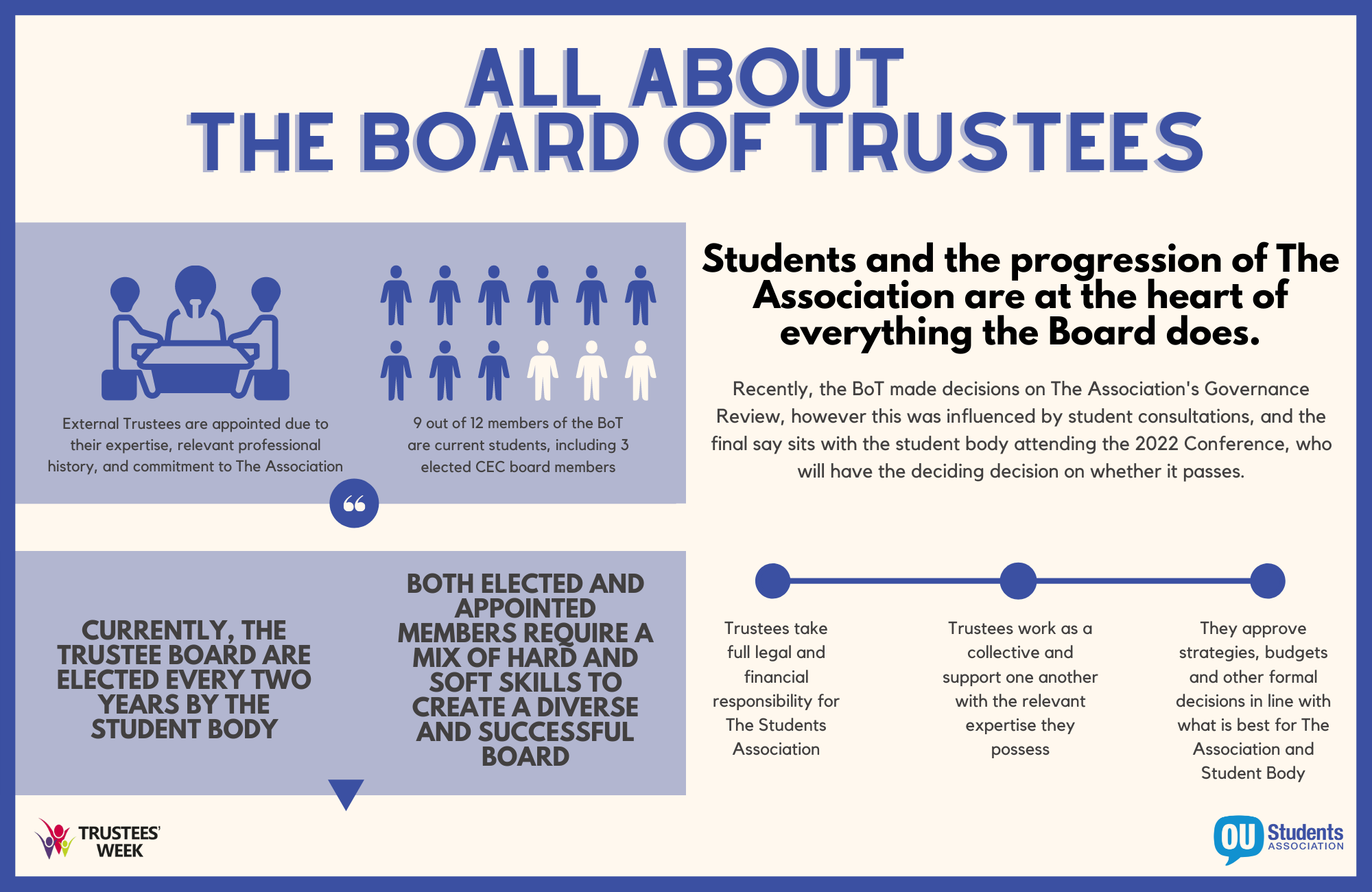 Trustees are paramount to the Student Associations success. As previously mentioned, External Trustees are appointed based on their expertise, carefully selected by The Association to drive it forward. The inclusion of Central Committee Representatives (CEC) means students have already shown an alliance with them, and are a group of elected volunteers with an understanding of The Association that can assist with making difficult and intricate decisions. Currently, six elected student volunteers sit alongside elected and external Trustees, however potential changes as part of the Governance Review may alter the structure of the Board of Trustees.

The proposed changes are as follows:

These changes look to ensure the right and most passionate voices are a part of the Board of Trustees, always putting the student first and offering a vast variety of knowledge and expertise to constantly improve the service The Association can offer its student members.

With proposed changes to the wider Student Leadership and Representation structures of the Association going to Conference in January, students will make the decision on whether these changes accepted by the Board of Trustees will be implemented. If you want to be a part of positive change at The Association, make sure to keep your eyes peeled for opportunties to attend Conference 2022, and have your say on changes made at The Association.

To find out more about the process of the Governance Reform and what it means, check out our Governance FAQ.