Ukrainians have received a much warmer welcome than their Afghan counterparts. In this blog, I’ll argue that the reasons for this preferential treatment are complex and involve not only history and culture, but also language and the role of the media.

The historical context: Afghan and Ukrainian the connections to Russia

How many of us know Afghan history, and particularly the role played by Russia in Afghan history? How many of us have heard of the ‘Great Game’ played between the Russian and British Empires in the nineteenth and the early-twentieth century and documented by Rudyard Kipling in his novel Kim? At that time, Afghanistan was an independent state with its northern border lying in close proximity to the territory of the Russian Empire, and its eastern border touching India. The British, believing their Empire was at risk from Russian attack via Afghanistan, attempted to annex the country. This resulted in three wars. In the final British-Afghan War (1919-21), the British were defeated and Afghanistan’s independence recognised. Between the 1950s and 1970s relations between Afghanistan and Russia grew stronger. In 1979, the USSR invaded Afghanistan to protect the faltering Afghan communist regime. The population reacted with violent demonstrations, and Muslim rebels (Mujahadeen) fought the USSR. In the 1980s they received arms from the Unites States, Britain and China. The Islamist Mujahadeen fighters, including Osama bin Laden, formed al-Qaida to fight a jihad (holy war) against the Soviets. When the Soviet threat had been destroyed, they turned their attention to the United States, culminating in the 9/11 terrorist attack and the reprisals which led to Britain and America sending troops to Afghanistan to fight the Taliban.  As a result of the conflict and the occupation of the British and the Americans, many people of Afghanistan, enjoyed the privileges and freedom of the western culture. They also worked for the British and American armies and other institutions as translators, mediators, administrators and journalists. According to Savage (2022), many of those who worked for the west have been very poorly treated, and their lives are in danger having been abandoned by the British government. My key point is that Afghans and Ukrainians have been treated differently. 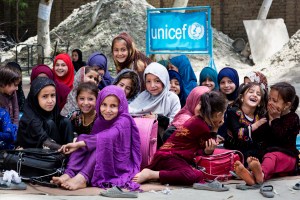 Like Afghanistan and Russia, Ukraine and Russia also share a complex history. It is believed widely in the region that Kyiv, the Ukrainian capital, was the birthplace of both Russia and Ukraine. Ukraine, the second largest European country, also has a difficult past, not unlike Afghanistan. Andrea Kaeppeler (2014) explains, ‘West Ukraine was mainly ruled by the Hapsburg monarchy and central Ukraine was ruled by the kingdom of Poland- Lithuania, (the southern and eastern areas were not populated until the middle of the seventeenth to the end of eighteenth century). By 1654 Ukraine had become annexed under the protection of the Russian Tsar’.

Ukraine declared independence in 1918, in the turmoil of the First World War and Russian Revolution, but it was short lived. In 1922 it became one of the original republics of the USSR. It did not regain its independence until the Soviet Union collapsed in 1991 (History, 2021).

Ukraine has been recognised as an independent country by the EU, but Russia has refused to accept its independence. If Russia accepted Ukraine’s move further to the west, it would make Europe the biggest land mass, meaning the west would hold the significant balance of power against Russia. What is at stake for Russia is not only the economic value of Ukraine, but its cultural heritage, and superpower status. Does our understanding of these political and historical actions lead us to favour Ukrainian refugees over Afghans?

Perceptions of Afghans and Ukrainian refugees

As OU students, we need a curriculum to prepare us for the challenges of our diverse, global world. We need to learn to be critical thinkers, so that we can question and recognise when our reactions are being manipulated by politicians and the media. We need media and political literacies to deconstruct what lies behind the headlines especially when it comes to representations of refugees and asylum seekers.

Is the plight of Afghan refugees, fleeing the Taliban, portrayed in the media as less deserving of our sympathy than the plight of the Ukrainians fleeing war? Could it be that the Afghanistan people are perceived as a threat due to the communist links with Russia?  And is Afghanistan still associated with the 9/11 attack and Osama bin Laden? Is there a stereotype that draws on desert people dressed in robes and headdresses, dishevelled, religious fanatics and dangerous?

See how The Daily Mail represented Syrian refugees, in 2015, in this cartoon by the Mail cartoonist, Stan ‘Mac’ McMurty.

Ukrainians do not have to fight against such negative stereotypes. Rather, they wear similar clothes; their children wearing bobbly hats and Puffa jackets. The bombed flats and houses, they’ve left, share a European design. And they won the Eurovision song contest!

My argument is that because Ukrainians are seen to have closer proximity to us British citizens in terms of language, culture, media, geography and political affinities, and because Ukrainians are mainly of white ethnicity, the UK government has, maybe even unwittingly, created preferential policies for them. That is certainly how many Afghans who worked for the British feel.

The current UK Tory government’s migration and asylum policy in 2022, is based on the Brexit promise of ‘taking back control of our borders’: a policy that is built on fear and ignorance that ignores the benefits a diverse population brings to all. The current Rwanda Plan is seen by many as inhuman and cruel. And the government has been accused of shirking its moral responsibilities for forced migrants. We need a more compassionate response, and for the UK to play its part in a fair and equitable global collaboration to support and assist asylum-seekers and forced migrants. And we must also recognise the impact of Britain’s image on people seeking refuge. Britain is presented around the world, in media and culture, as having a functioning monarchy, political and economic stability and espousing human rights. Do they know about the government’s hostile migration policy?

The Ukraine crisis has led many in the UK to open their homes willingly to refugees. Providing a safe haven for those in need is a human instinct. We need an immigration policy that is fit for purpose so that the UK can truly be a safe haven for all people that need refuge wherever they are from. 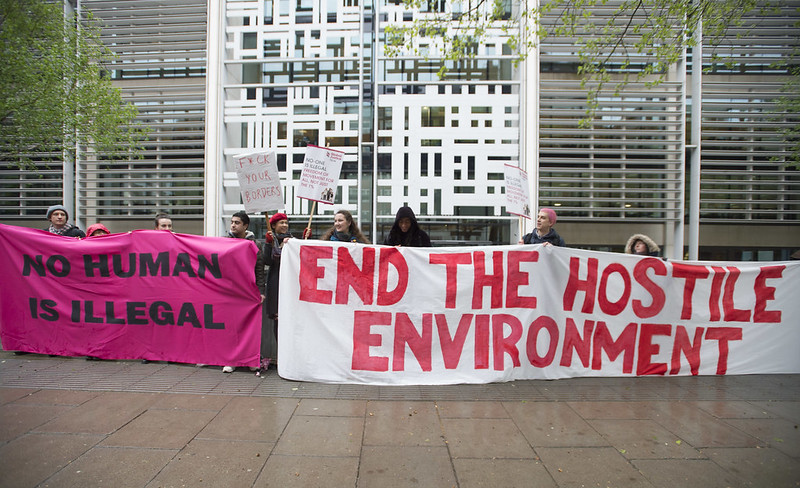 Protestors from Global Justice Now demonstrate outside the Home Office in London demanding an end to the Hostile Environment policy, ahead of parliamentary debate on the Windrush scandal. Photo: David Mirzoeff/Global Justice Now – CC BY 2.0

Kappeler A. (2014) ‘Ukraine and Russia: Legacies of the Imperial past and Competing Memories’, Journal of Eurasian Studies (2):107-115