We had a great deal of entries and wanted to share with a wider audience the calibre of work we received.

If you fancy grabbing a cup of tea or coffee and settling down for a read, over the next three couple of days, we will be sharing our winning entries. 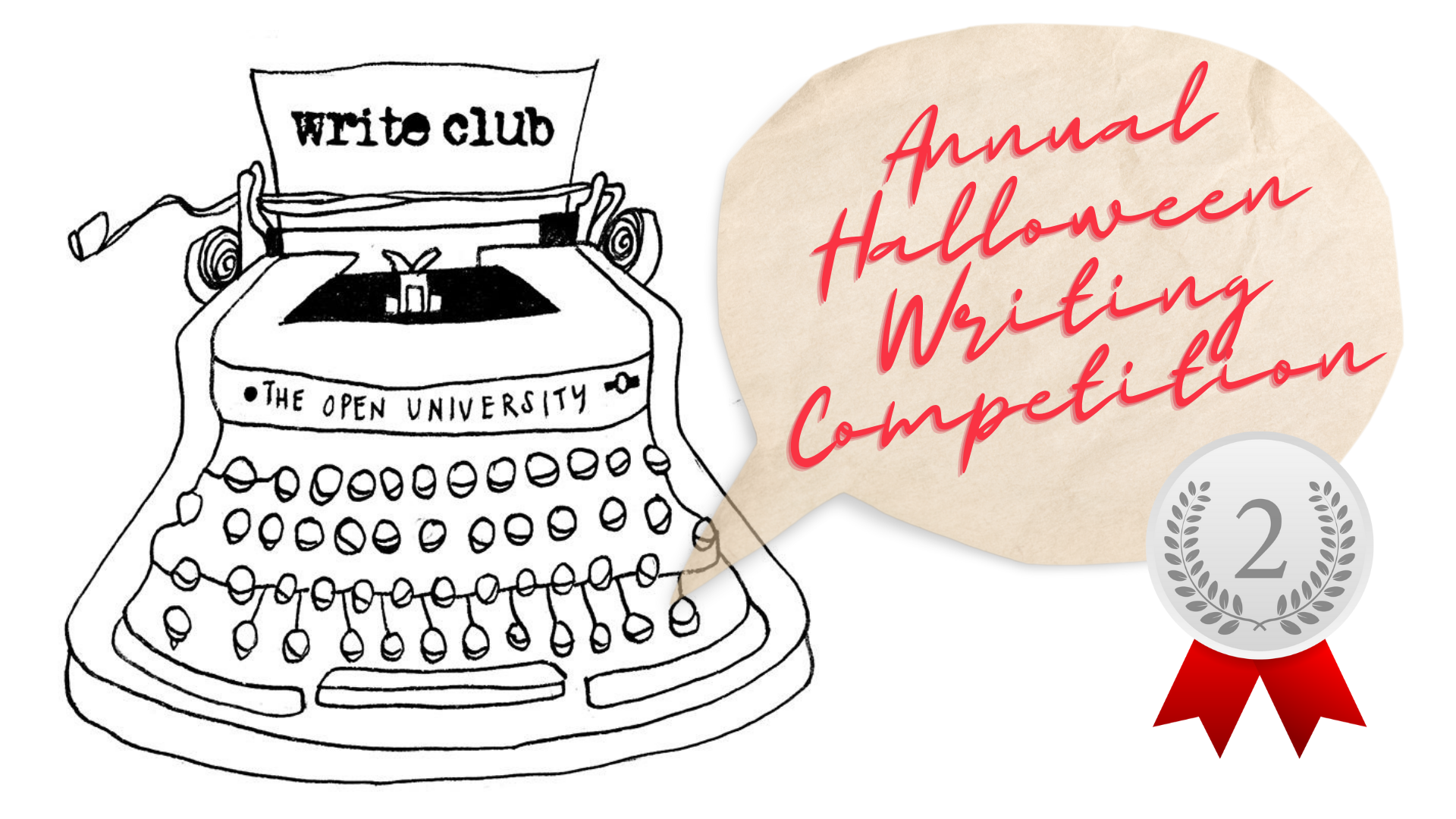 To begin, let me tell you a bit about George Ingham. George was a fine example of the well-established Norman gentry who have been the masters of all in Britain since the time of William the Conqueror. He lived in a beautiful mansion, of old, honey-coloured, weathered stone in a gentle hollow within the heart of the surrounding hills. It looked very romantic with its false crenelated walls and towers and deep sunk mullion windows with huge stone lintels, a little overgrown with ivy.

All was surrounded by formal gardens, tended by a dozen or so gardeners. There was a small lake, where the obligatory swans glided, and an old mossy fountain below his bedroom window that lulled him to sleep at night. Georges’ window looked out over the acres of rolling hills and woodlands he would one day inherit.

George had had all the usual education, suitable to his status. He had had all the usual education, suitable to his status, but the result was that he could only speak some Latin and all the rest had gone in one ear and out of the other. He cut quite a dash on the hunting field and was excellent at all the gentlemanly sports. This was the pinnacle of his education except that he used to read in his father’s library sometimes and dabbled in magic or thought he did. The books in his ancestor’s library were less well informed about magic and local lore than was his old nurse. Her family had lived far longer in these parts than his had but, to him, she was a simple country woman and he had forgotten her stories. He had read a little of a local legend about a magic hare that could grant three wishes but distracted by the dinner gong, he had not read it all.

But enough about Georges attributes. We know him well enough now as he mounts his fine black horse to run with the fox hunt one fine early morning in autumn. He presented a very fine figure indeed in his leather doublet, embroidered britches, silk shirt and scarlet jacket, as his horse

stamped and pranced, impatient for the gallop, while he tossed back the stirrup cup. George was as eager for the chase as was his horse.

The hunt set off at a brisk trot down the gravelled path and out through the arched gateway into the open parklands, where they began a canter downhill, jumping fences, making a wonderful sight to the eye for those who were watching.

Then they paused and waited while the hounds whirled about seeking a scent. It was not long before they found one. The horn was sounded, and they all swept on in a galloping flood after the hounds and the fox.

Before they had gone very far a hare, startled from the long grass, suddenly shot across George’s path and headed towards the woods at the side of the valley. With his head full of half formed facts George left the hunt and took off after it alone.

The hare ran ahead, plashing the dew up behind it, diamonds in sunshine, as it zig zagged back and forth ahead of him, its heart pounding. It gained the edge of the wood just ahead of George who went to follow, but his horse reared and refused to enter.

George dismounted and tried to soothe the horse, but it continued to rear, its hooves coming close to his head. He lost his grip on the rein and the horse bolted. George was alone on the edge of the wood. He stood there cursing the hare and the inclination that had made him follow it.

Then he heard something that sounded like fountains and gentle music from inside the wood. He had never entered there before but fountains and music seemed incongruous. He felt compelled to explore and find out.

had stopped. He stood turning about confused. The wood seemed to have darkened. No sunlight pierced the canopy overhead and the branches bent closer. He felt a slight shiver run down his spine and, turning again, he caught a glimpse of something out of the corner of his eye. He peered through the trees. It must have been only a shadow, a trick of the light. He decided to turn back.

When he looked behind him, he couldn’t see the path. Brambles and nettles huddled up close and the thorns had already caught at his clothes. He pulled himself free and saw a wide, open, uphill path to his left. He followed it up hill and down, winding back on itself while the trees grew ever closer. Soon he was ducking under branches and stumbling over ancient, gnarled roots. The twigs caught at his hair. All the time it was getting darker, until he could hardly see ahead. But there were lights, bright cluster of sparkling lights off between the trees. He heard whispers all around him.

‘Look at his jacket. Its rags,’ they whispered.

‘He is not a fine fellow now is he. Bring him this way.’

and then the soft, ringing laughter that tinkled like silver bells on a summer breeze.

George was in panic. He waded through mud and lost his boots to escape sharp thorns. He fell on his knees at last. He prayed. He begged. He threw out wild promises.

Suddenly the trees drew back, and a wide path opened before him and the sound of the fountain returned. He stood up eagerly and ran down the path, followed by more laughing merriment.

He heard a voice whisper ”Hush” and all was still.

George found himself in a hollow. There was a large dried-up fountain, its base full of rotting leaves. He walked to the fountain and sat down on its rim, dreading the thought of leaving this clearing.

George began to feel strangely drowsy. The leaves round the fountain began to swirl around him. He reached out his hand to brush them aside as they rose and touched his face.

The leaves smothered him, dragging him to the ground. George clung to the earth trying to escape. Out of the ground came a blue-black moving carpet, a gleaming swarm. A wave of determined tiny beetles scuttled like one creature all over George while he thrashed about in terror. They filled his mouth, his nose and his ears. Silently they stripped him right down to the bare white bone and then were gone in the wink of an eye.

The lady in grey stepped into the clearing and bent down to study the bones. She studied one bone at a time, trailing her finger along the thigh bone, lifting a finger to flex it, stroking the rib under the place where the heart had been. She cupped George’s skull in her hand, looked long and deep into the empty eye sockets and smiled.

Tiny lights, little figures like moth with fluttering wings gathered around fluttering against the bones as the lady lifted the skeleton gently in her arms and carried it out to the far edge of the wood.

Many bones were carefully arranged in the tree branches there; they clicked and turned in the wind. By dawn George was hanging there too in pieces, adding his own special note to the bone chimes.

In the morning a hare, running by, paused and looked up at George a moment. He wiggled his nose and sniffed the air and looked to the edge of the wood where a lady stood in a long grey gown scattered with sparkling cobwebs and a silver circlet in her hair bound round with ivy. Her green slanted eyes shone with delight and her hair hung to her waist in thick wild tangled ropes. She stood resting with one hand on a tree trunk, watching the bones sway in the wind. She raised the other in

tender greeting and blessing to the hare who turned and loped away. The lady spread her gossamer wings and glided up and away into the treetops.