As part of our 50th Anniversary celebrations, throughout March we will be shining the spotlight on some of the amazing women who have helped shaped the Association over the years and are a vital part of our history. 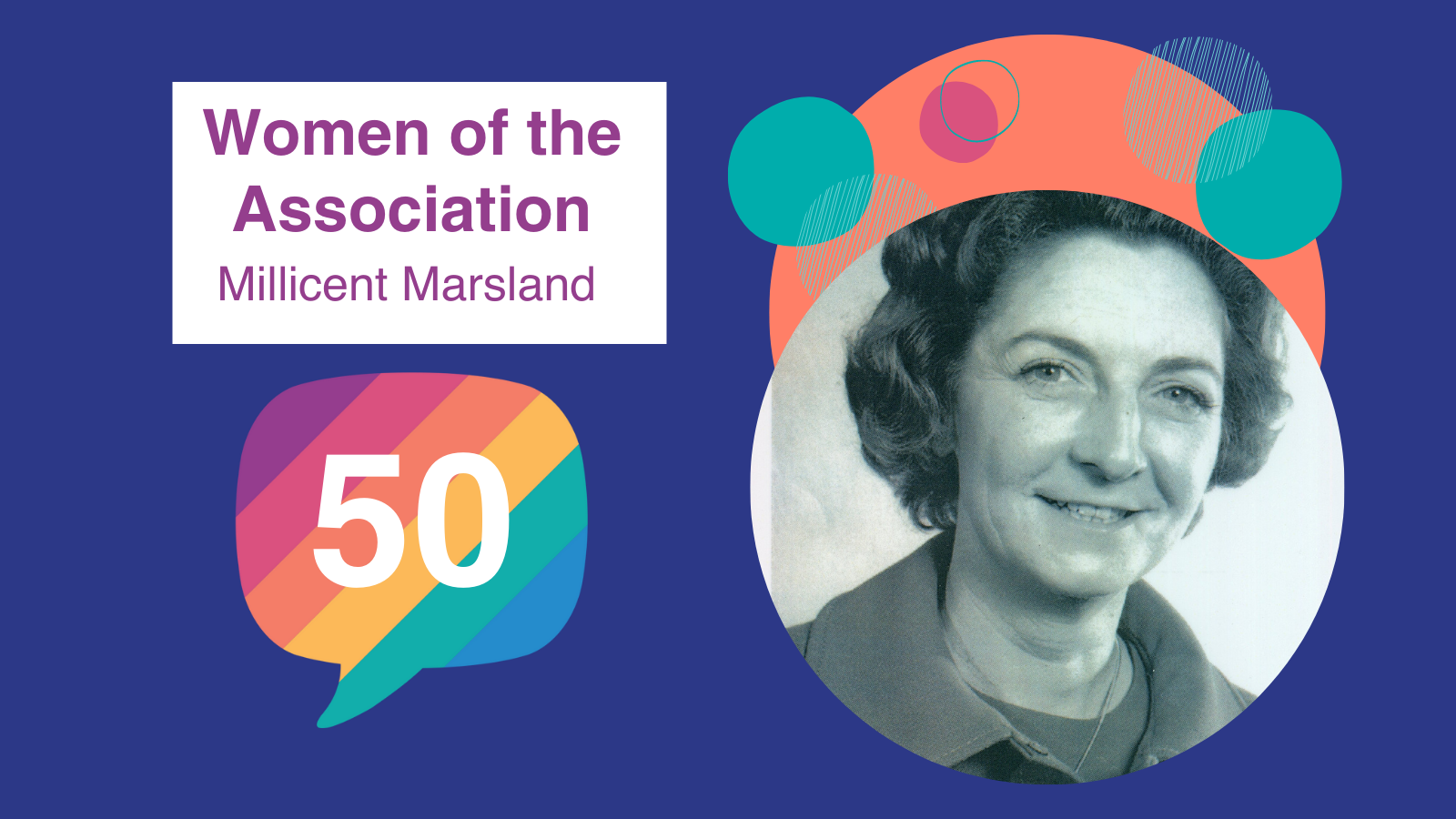 “Well, if we call those lines of communication, then I'll eat my ruddy hat. It's time the Students Association came into being to get a clear route through, and a clear route back. To and from. I think that sceptics are always a hurdle and they’re always with us, and unfortunately to some people you have to prove your worth before they'll join you. It's as simple as that.”

These are the words of the ever-determined Millicent Marsland, who became the first President of the OU Students Association, as she highlighted the importance of communications between The Open University and its students, and a clear need for the student voice to be heard. 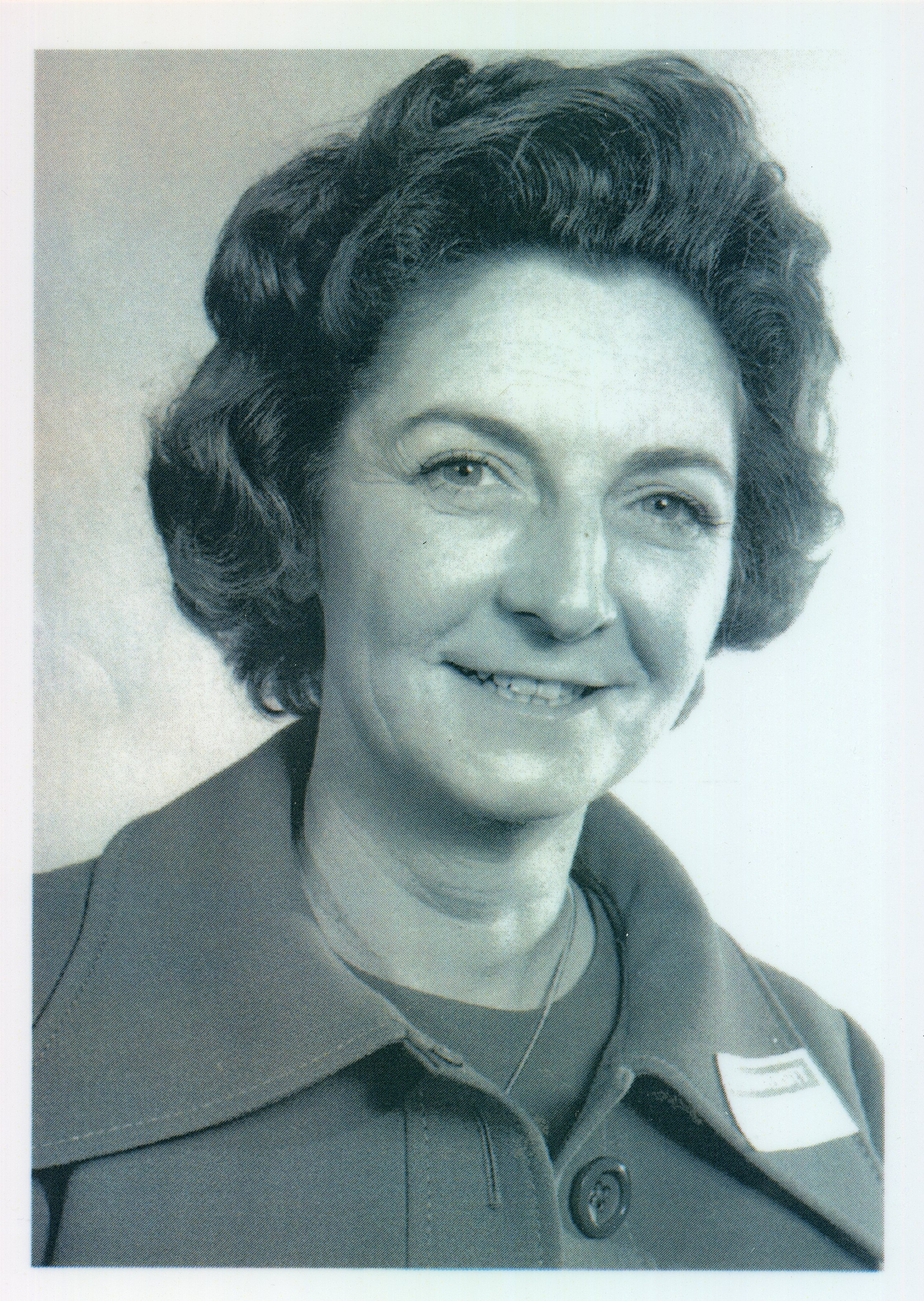 Born in Preston and resident in the North West, Millicent was elected to this key role following a three-year-long battle by our pioneer students for the establishment of a body to represent them, just as their fellow students had in traditional universities.

At the time of her election, she was running an independent school in Eccles, Manchester and managing three modules a year as a student. On hearing she expected to do the same whilst President, her husband stated he didn’t think she would make it. She told him in no uncertain terms, “I’ll tell you something, yes, I will”. This remains a mantra for all Open University students! 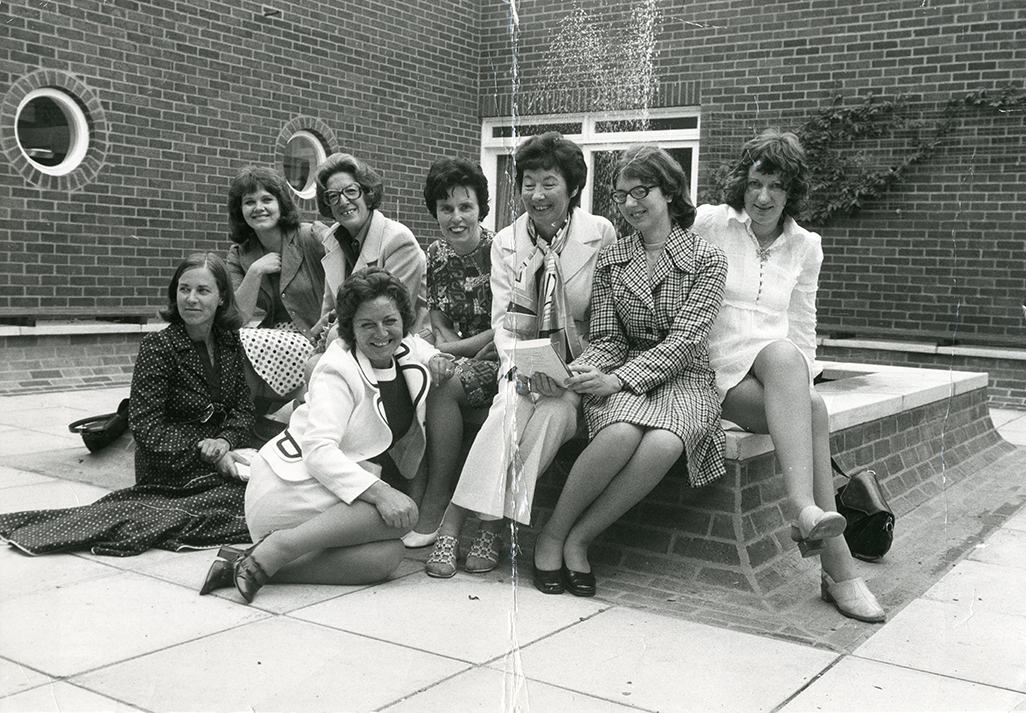 Millicent (seated on the floor, second from left) with the Proops Group

At the helm of the newly formed Students Association, alongside 33 other elected council members, Millicent set the bar extremely high for all who had to follow in her footsteps, and it is thanks to her hard work and determination at the start of our journey, that the Association has gone from strength to strength over the last half century. 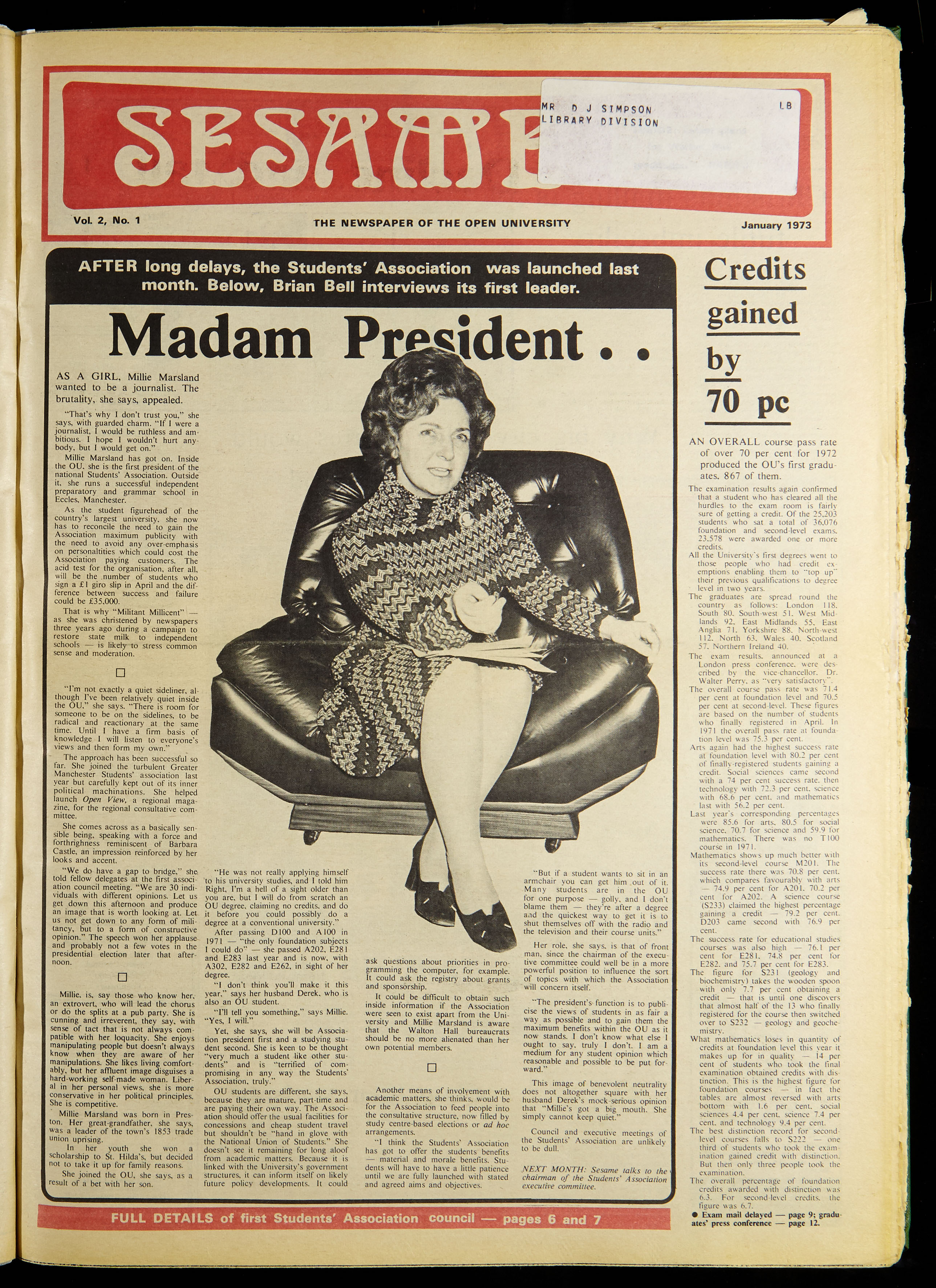 A photograph of a page from the OU's original newspaper, Sesame, featuring an article with Millicent.