‘Life’s like a box of chocolates…’, ‘You never know what’s around the corner’, ‘You miss every shot you don’t take’.

We all know these phrases and how they show that life can throw up surprises where you least expect them. This was definitely the case with Abbie and Dan when they set out on a Law Degree four years ago. With a story that Gavin and Stacey could be based on, let’s find out how in the space of four years the life of a woman from Dundee and a man in West Wales has changed!

Gareth: So, first off, why a law degree at the OU, and what were you hoping it would lead to?

Abbie: As a single mum of two girls, I felt like I needed something to keep me occupied when they were in bed or out for the day. An ex-boyfriend had told me about the OU so I decided to have a look to see what it was all about. I explored a few course options and came across law. It wasn’t really something I’d ever felt I was capable of, but it looked interesting, so I decided to enrol and see what it was like. I didn’t really know where it would lead, to be honest, I still don’t know what I plan to do beyond graduation, I just take it one day at a time. I certainly did not expect to make lifelong friends or meet someone romantically.

Dan: I was going through a stage in my life where I wanted to have a career change as I was not enjoying what I was doing. I thought it would be best if I went to Open Uni as never had the opportunity to go to a “brick university”. When I was going through the different courses, Law stood out to me, and I thought… this is worth a punt! I was hoping to achieve a degree and work within corporate law as it was an area that really interested me.

Gareth: Of course, as we will find out, it led to a lot more than just studying law. How did you both meet?

Abbie: I joined a WhatsApp group I found linked in a W101 forum, and Dan was part of the group. The group chatted regularly during the day and spoke on Skype in small groups. I came across a message Dan had posted in the OU forum with his Facebook details, so I added him as a friend. He had lovely eyes!

Gareth: Who made the first move?

Dan: After about a week of talking on a group chat. I messaged Abbie privately as I found her sense of humour in the group quite appealing, so I slid into her DM’s. From there we messaged all the time.

Abbie: The private messages led to more Skype chats. Once we were done with our nightly group chat with other W101 friends Dan would call me straight back and we would carry on talking for hours just the two of us. It blossomed from there and Dan arranged to come up to Scotland in the April. 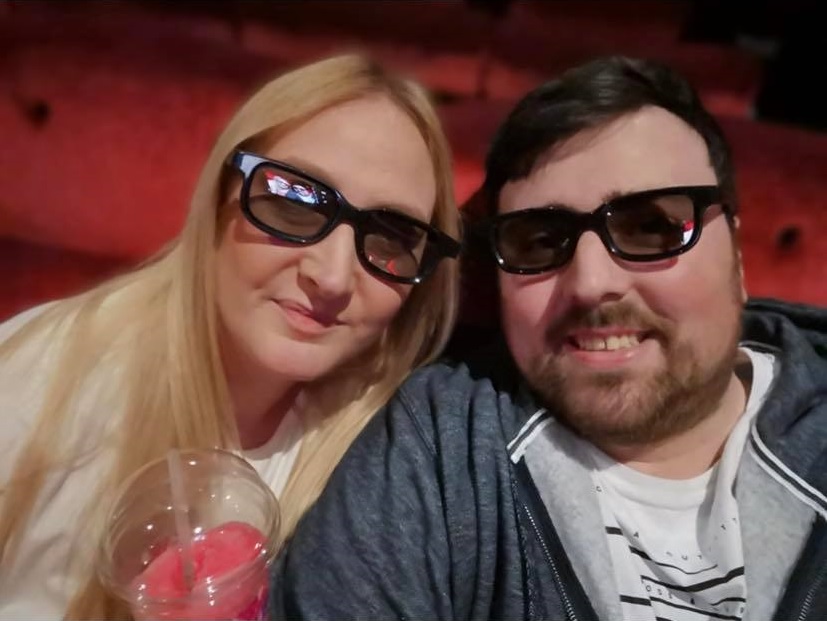 Gareth: With 300 miles between you, how did the first face to face meeting go?

Abbie: It felt natural and relaxed. It was just like us talking via Skype, like we’d known each other forever. I picked Dan up from the bus station and we just chatted away, there was no awkwardness at all. His personality was exactly the same. He made me laugh and smile the whole time we were together. Everything just felt right…complete.

Gareth: So, love at first sight or a slow burn? You can tell me in secret if you like.

Dan: Love at first sight for both of us, definitely. That’s not something either of us believed in previously, but we both just “knew”. We were meant to be together. I'm a massive believer in “everything happens for a reason” and I believe the paths we were both on were leading us to each other.

Gareth: What next? How did you know things were getting serious?

Dan: I knew from when we first met that I needed to move up to Scotland and be a part of Abbie and her kid's life. We spoke all day and every day and I knew it was what we both needed in our lives.

Abbie: Dan and I talked about living together quite quickly. He sold his house in Wales and moved in with me and the kids in the September. We then found ourselves the owners of our very own in-house zoo with 4 cats and 1 Labrador, two girls, and Dan’s son Charlie who visits as often as possible.

Gareth: Tell me about the engagement.

Abbie: Around August 2018 we found out we were expecting a baby. Dan decided it was the right time to propose and asked my Dad for permission. He couldn’t agree fast enough, he was quite keen for someone to take me off his hands and replace him as the spider catcher.

On the 4th of December 2018, Dan took me for a day of shopping and booked a night away in a lovely little romantic cottage. There was a nice open fireplace which Dan lit while I went to change into my new pink unicorn pyjamas. When I went back through Dan was down on one knee with a ring in his hand. Don’t ask me what he said, I don’t think I heard a word of it!

Of course, I said yes, well, I think I did, and one of the first messages we sent about it was to our group chat with you [Gareth], with pictures, featuring my new ring and the sleeves of my pink unicorn pyjamas!

Gareth: And the wedding? Was there much argument about where it was held?

Dan: I was no longer on the course when we were organising the wedding. I know better than to argue with a law student. I have no idea how the wedding was organised, I was just told a time and place and rocked up to the venue in a suit.

Abbie: On the 4th January 2019 we went to visit Forbes of Kingennie Country Resort and we both loved the venue. We set a date right there for 25th October 2019 and the planning began! Like Dan says he didn’t pay much attention to the planning, that was my domain. I allocated him a few things which he organised, and I sorted the rest. I did run every detail past him, with an “Ok, Love” response. I knew he wasn’t paying attention, so the details of the wedding were as mush a surprise to him as they were to the guests! The planning was fun and a much-needed distraction from “real life”.

We invited a few OU friends, you [Gareth] and Kirsty [Gareth’s wife] obviously who drove all the way from Wales, Kellie-Marie who came up from Scunthorpe, Alex who came down from Aberdeen with his fiancée. We also invited my best friend from the OU, Tori and her partner but unfortunately, they couldn’t make it.

Personally, I thought it was the best wedding I had ever been to, even if I’m a little biased! Everyone danced the night away and ate chip rolls, and it was most definitely the best day of our lives! 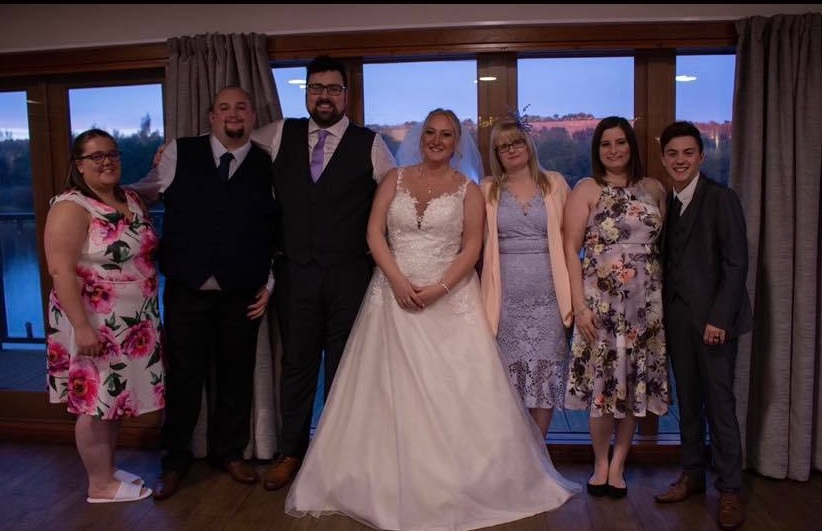 Gareth: And what a great wedding it was! Not that I can remember too much of it! Unfortunately, prior to the marriage, the early stages of the relationship were hit by grief. Would you like to share Millie’s story?

Dan: Thank you! Obviously, every relationship has its ups and downs. We had one of the worst things that could happen to us, happen. It was tough, at that stage we were a relatively “new” couple. We lost our baby girl, Millie, due to PPROM when Abbie’s water broke when she was around 15 weeks pregnant, at this point, we had less than 1% chance that she would make it to 24 weeks, and she would be unlikely to survive after birth. We decided that while she had a heartbeat, we would fight for her. Millie lived for another week in the womb with no water. She was born on 21st December 2018. It was the most difficult thing to deal with as a couple and we had some massive decisions to make in the process, but it did strengthen the bond between us. One that we have continued to grow throughout our relationship.

Abbie: We decided to wait until after the wedding to try for another baby to give us time to prepare for another pregnancy and decide whether we could face another pregnancy knowing there was a risk that the PPROM could happen again. We were married in October, and I fell pregnant in December. We were both scared and anxious, but as time went on, we began to relax and enjoy the pregnancy (as much as we could during a global pandemic!).

We found out he was a boy and we couldn’t have been happier! Everything was falling back into place. Cody was born on 11th September 2020 at a whopping 9lb 7oz. Our family was complete! 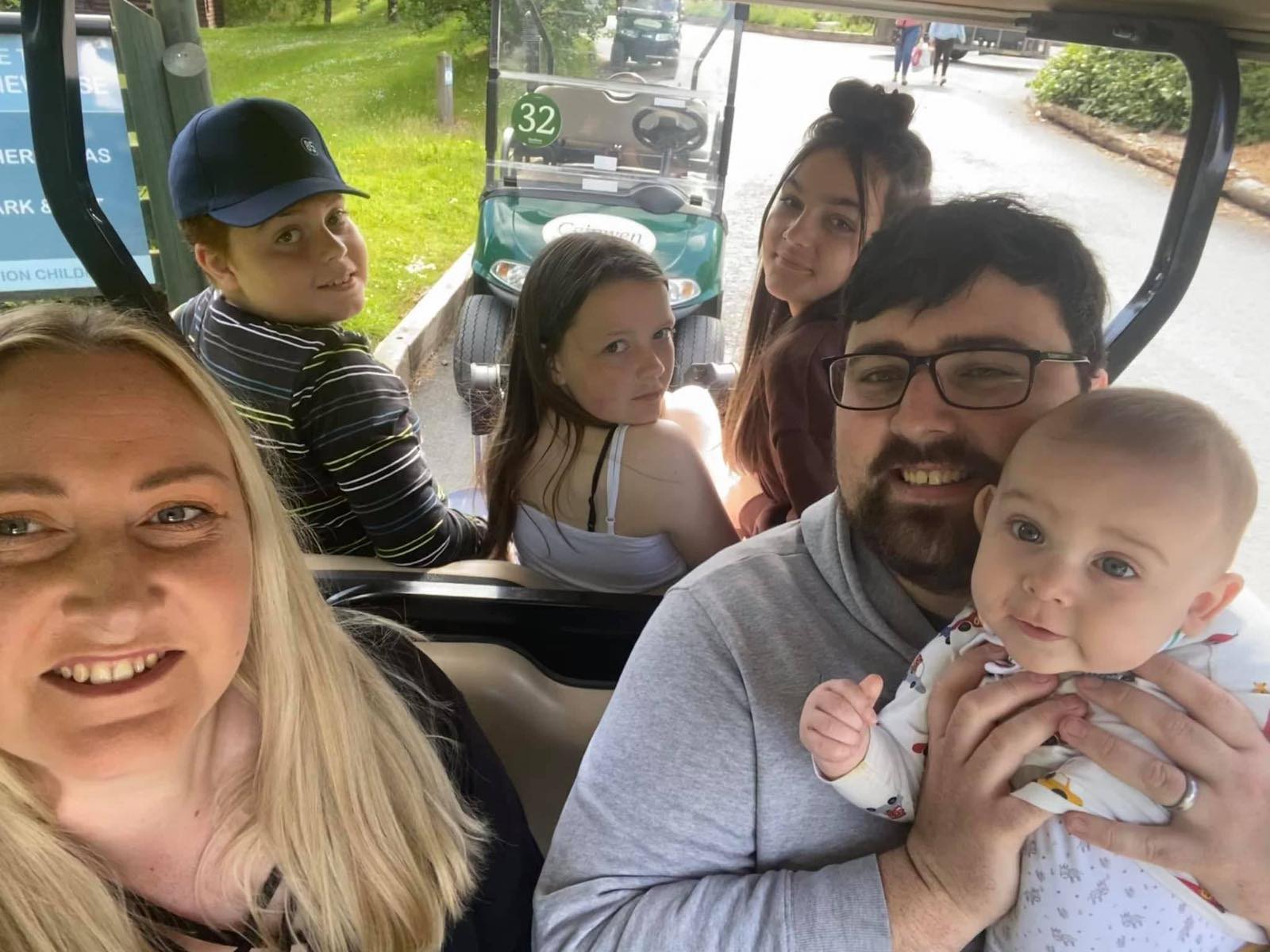 Gareth: So you certainly got more out of the OU than a qualification! What now?

Abbie: Well we’ve just bought our first home together and moved in November! He’s stuck with me for at least another 30 years! We definitely got more out of the OU than an education! Unfortunately, Dan had to drop out during W101. I'm currently studying W302 and am due to graduate next year. We are planning to travel to England for my graduation ceremony so that I can graduate with our friend Tori so I'm sure that will be a lot of fun! We’ve had a few trips already with OU friends, as you know! We went to London with Kellie- Marie, and Liverpool with you [Gareth], Tori, Natasha, Kellie and Jamie. We did have another to Butlins planned until Covid-19 crashed the party so I’m hoping we can organise another trip away together! 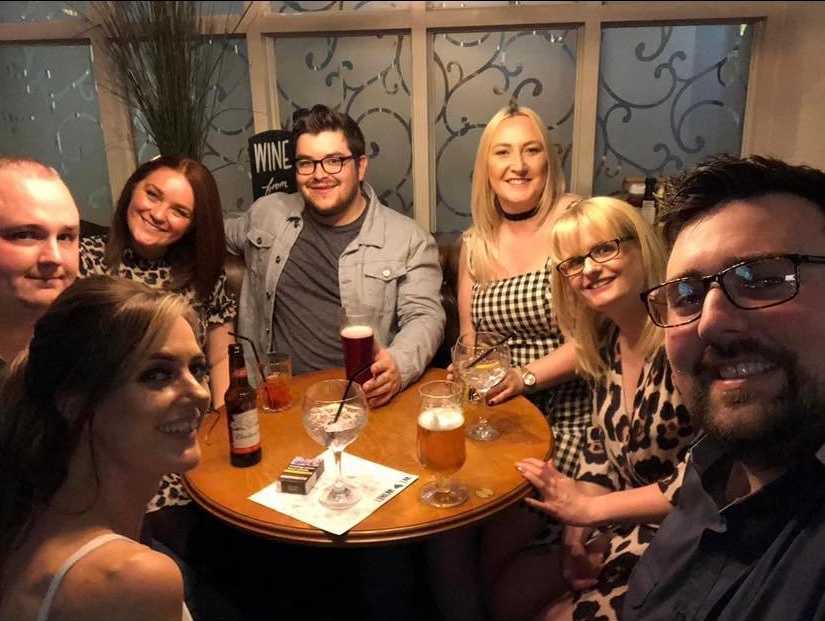 Dan: As Abbie stated, I have left the OU due to my career kicking off and me having to focus more of my time on IT and developing myself within that area to continue that career path. Obviously, without the OU. I wouldn’t be in the position with Abbie that I am now so, you can certainly say… We definitely found love via OU.