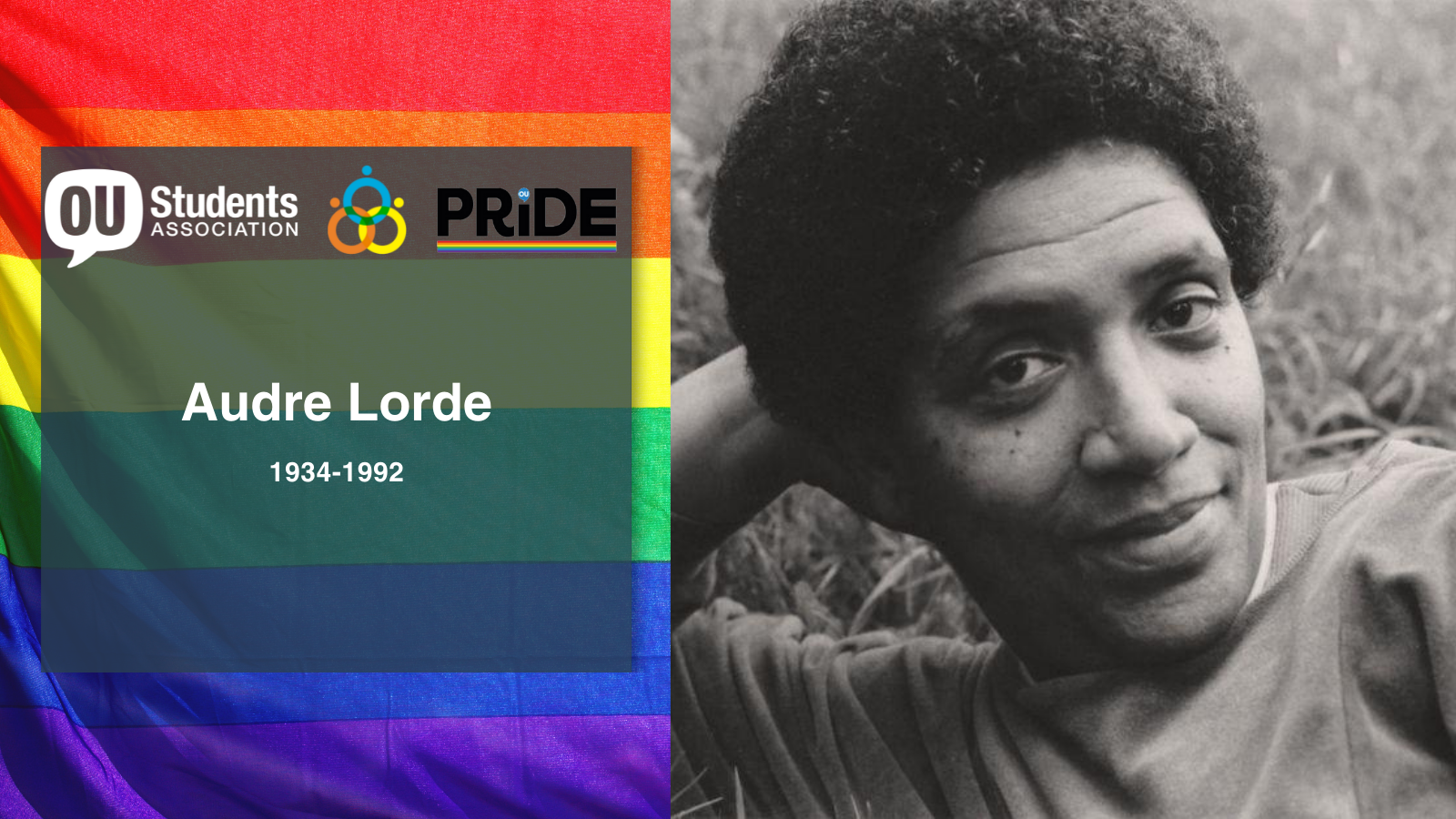 Born on 18th February 1934 in New York to immigrant parents from the West Indies, Audre Lorde was famous for being a poet, feminist, and civil rights activist. She used her writing to shine light on her experience of the world as a black lesbian woman, and later, as a person suffering from cancer. She was declared legally blind as a toddler due to the degree of her near-sightedness but despite this taught herself to read at the age of 4 and began to memorise poetry, a passion that stuck with her for the rest of her life.

Lorde’s activism and writings speak of the importance of liberation from oppression due to race, gender, sexual orientation, class, age, and ability. Becoming a prominent member of the women’s and LGBTQ rights movements, Lorde dedicated her life and work to confronting and addressing injustices of racism, classism, and homophobia. As a professor of English, she received many honours and awards throughout her career and her writing has been published internationally, including The Black Unicorn (1978) and A Burst of Light (1988).

Diagnosed with breast cancer in 1977, Lorde found that the ordeals of cancer treatment and mastectomy were isolating for women but more so for Black lesbian women. In an effort to combat the silence and foster connection with other lesbians and women of colour facing the same struggles, she offered a raw portrait of her own pain, suffering, reflection, and hope in The Cancer Journals (1980) which won awards and became a classic work of illness narrative. Refusing to be victimised by her disease, she considered herself, and others like her, to be warriors.

Lorde died of breast cancer in November 1992 at the age of 58, leaving a legacy through her work. Her ideas about collective identities still resonate with and inspire many different peoples and communities all over the world.

Image Description: A black woman with short hair (Audre Lorde) is holding her glasses and looking directly at the camera. She is standing next to a blackboard which has the words "Women are powerful and dangerous" written on it in chalk.