One of the things I love the most about classical studies is how much we don’t know.

We do know that an archaic Greek lyric poet called Sappho of Lesbos was alive from around 630 BCE to 570 BCE, and was known as the tenth muse. We know she wrote an extensive amount of poetry, but mostly it survives in fragments. She is also the reason we have the terms sapphic (relating to lesbians or lesbianism) and lesbian. 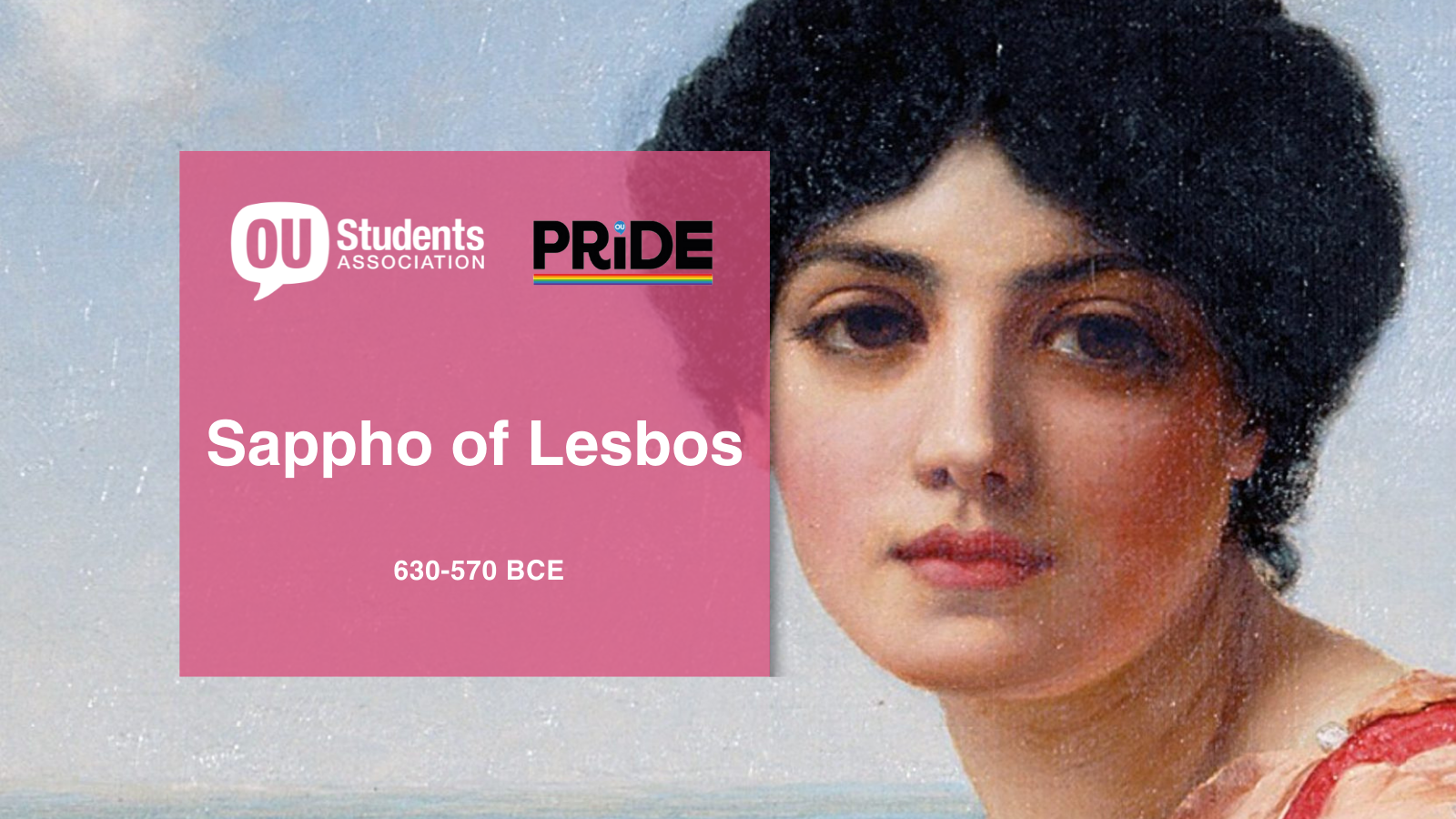 Sappho’s lyric poetry is beautiful, but I’d like to bring attention to just two fragments. I’m using translations found online, but you can find all the fragments in the Loeb Classical Library via the OU Library.

Next I want to talk about a longer fragment, Fragment 31, in which the narrator desperately wants to talk to the woman she yearns for:

and laughing delightfully, which indeed
makes my heart flutter in my breast;
for when I look at you even for a short time,
it is no longer possible for me to speak

but it is as if my tongue is broken
and immediately a subtle fire has run over my skin,
I cannot see anything with my eyes,
and my ears are buzzing

a cold sweat comes over me, trembling
seizes me all over, I am paler
than grass, and I seem nearly
to have died.

but everything must be dared/endured, since (?even a poor man) …

Sady, we don’t have the rest of the poem.

This is one of the saddest things about the works of Sappho, and so much of classical literature: we just don’t have it. Greek tragedy is similar, you can easily read all of 5th BCE Athenian tragedy in a week, despite there being thousands of plays performed.

Turning back to Fragment 31, this is one of the poems that gives Sappho her reputation for homosexual desire. That said, anyone who has studied literature might be familiar with the idea of death of the author: the narrator does not necessarily reflect the author, so who is to say that the narrator is even a woman, much less Sappho herself? In truth, I don’t think that matters. Let the academics debate over the sexuality of a woman long dead, I’m just here for the pretty poems.

The word “lesbian” as we would use it now dates from around the 1730s, originating from Lesbos, the home of Sappho. While “sapphic” dates from the 1590s, it was referring to the poems of Sappho, with the meaning changing to what we now know it as in the 1890s.

Language is forever changing, but our past always influences our future. It’s impossible to say whether Sappho would have enjoyed being a feminist icon or a gay hero, but I like to think she’s just sitting with the other muses, watching and enjoying the eternal struggle of finding the right words around someone attractive.