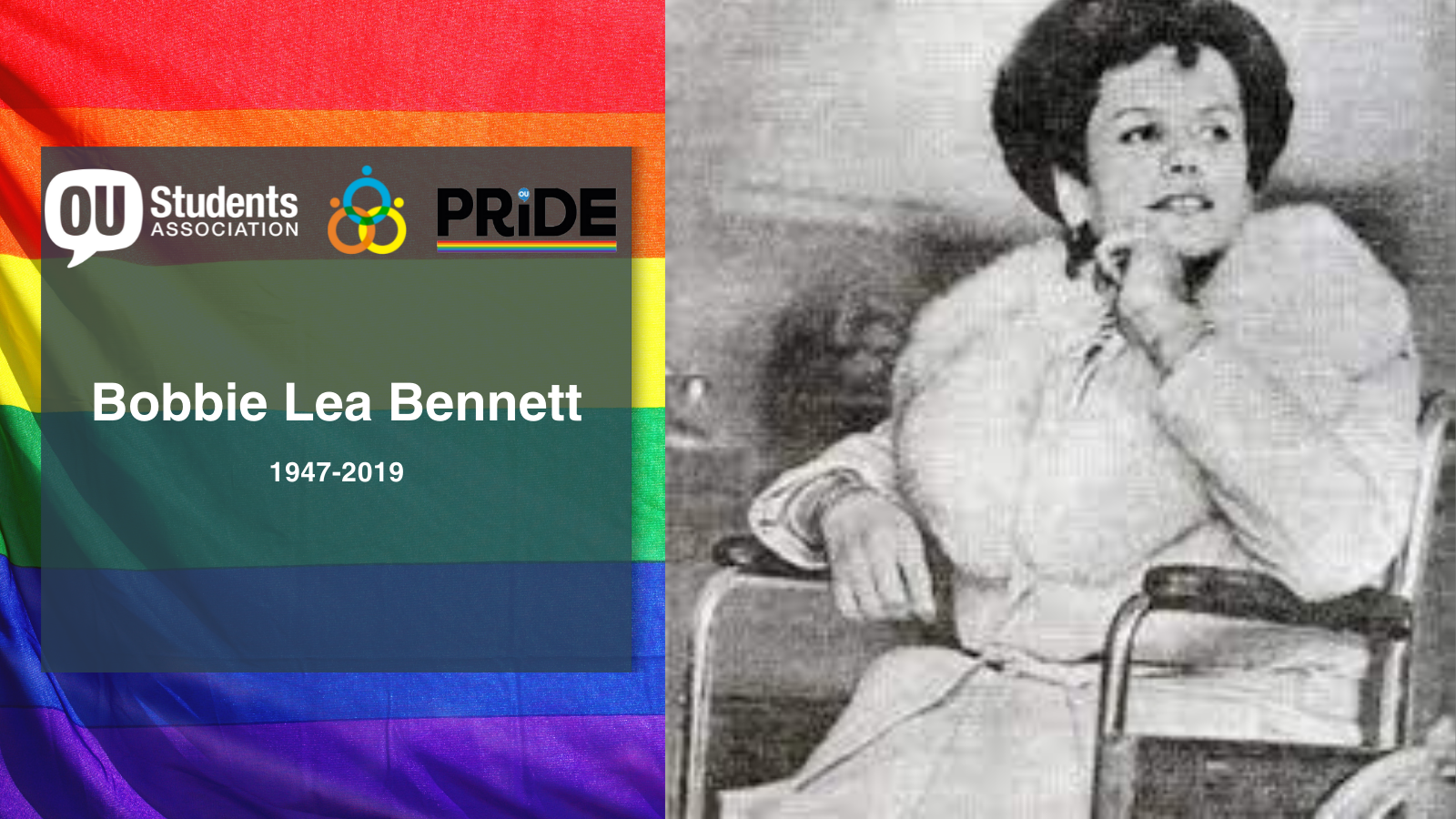 Born on March 31st 1947, Bobbie Lea Bennet was a wheelchair user due to a rare bone disease called osteogenesis imperfecta.

Bobbie is known for her prominent role in both disability and transgender activism. In 1978, she drove from San Diego, California to Baltimore, Maryland to demand that the health insurance company Medicare make good on their promise that they would reimburse payment for her gender confirmation surgery. She had been told that the cost would be covered by her social security however after the surgery, her claim was denied without any explanation.

Public interest in disability rights had recently increased due to current affairs at the time and this enabled Bennett to generate media interest and public outrage on her behalf. At the time, transgender people had to argue that their identity itself was a disability in order to get health insurance for their surgical procedures. But her existing disability made her a landmark legal case study and forced Medicare to consider whether GCS was a legitimate medical treatment regardless of any other factors.

She drove cross-country (2630 miles) to the office of the director of Medicare refusing to leave until he agreed to meet with her. She received a cheque in the mail 3 days later and Medicare policy changed shortly after to extend coverage to gender confirmation surgery for all patients. The requirement of transitioning socially at a given period before surgery was also lowered from 4 years to just 1 year.

Bennett later founded an organisation which provides training, advocacy, resources, and connections for disabled people. She died on July 18th, 2019, aged 72, but her legacy lives on through her organisation and a 2020 play called Emily Driver’s Great Race Through Time and Space, inspired by her work.

Image Description: Bobbie Lea Bennett is sat in a wheelchair with both arms leaning on it and one hand raised to her face. She is smiling away from the camera with her mouth slightly open and has short dark hair.