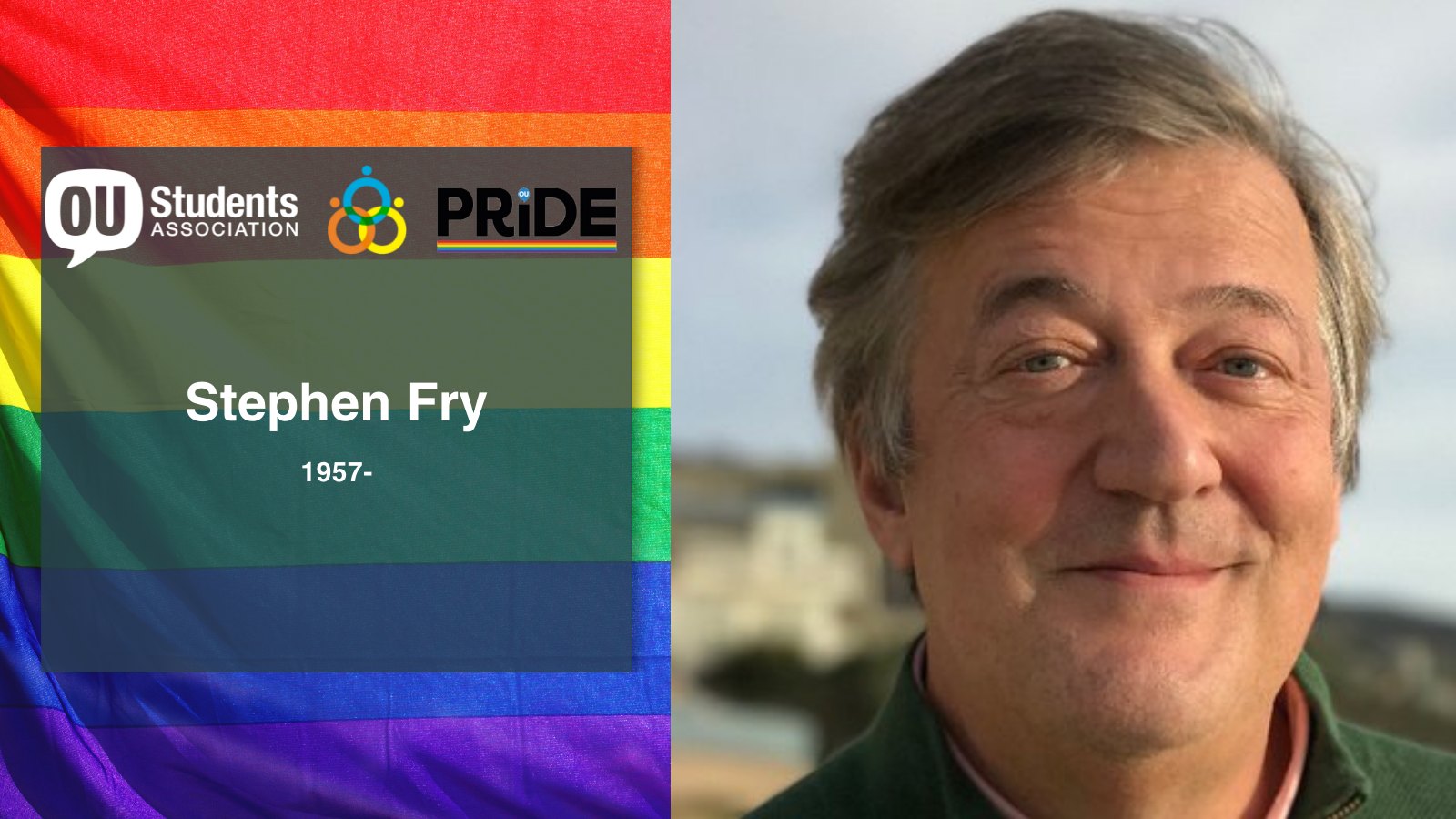 Stephen Fry was born on 24th August 1947 in London, England and is famed for his acting and writing as well as being a renowned comedian, screenwriter, and director. He is openly gay and talks openly about his experiences with both his sexuality and mental health conditions.

"I suppose it all began when I came out of the womb. I looked back up at my mother and thought to myself, 'That's the last time I'm going up one of those'."

He attended boarding school in Norfolk, where he was known for being a ‘troublemaker’ often playing pranks on fellow pupils and staff and this eventually led to his expulsion from the school. Throughout his youth he is said to have felt that he was something of an outsider. An avid reader, highly intellectual and disliking sport set him apart from many of his peers and indeed mainstream society.

In his 3rd year at Queens College, he met Hugh Laurie and the two went on to become a well-known comedy duo on British television. Fry also starred in theatre and film productions and continued to write.

In 1995, part-way through the run of a play he was starring in, he vanished from London and went to Brussels without any warning at all, citing a nervous breakdown. It was after this disappearance that he was diagnosed with Cyclothymia, considered to be a form of bipolar disorder.

He has since tirelessly campaigned for mental health awareness and the removal of stigma surrounding mental health issues and highlighted the challenges faced by many with such problems.

He is also actively involved with two mental health charities: Stand to Reason and Mind.

Image Description: A man (stephen fry) with short grey hair wearing a tuxedo is stood on stage at an awards show with his arms spread, mid speech.