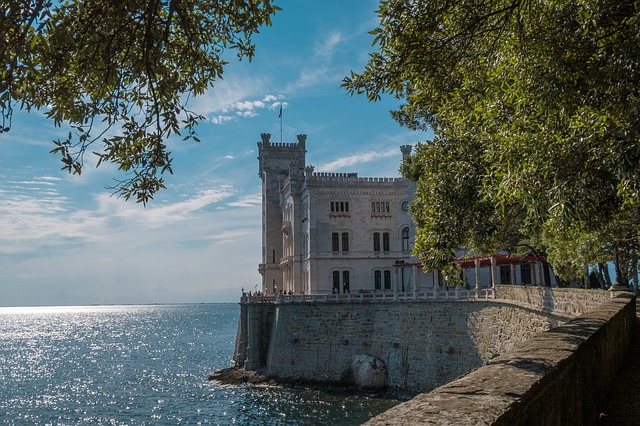 Image by Gerhard Bögner from Pixabay

Tucked away in the far north eastern corner of the Adriatic Sea lies Italy’s hidden treasure Trieste, the home of my ancestors. A city where my Great Grandfather was born and lived until he travelled with his family to England at the beginning of the twentieth century. This is a city of many languages and nations yet the nationality for many, including my ancestors, will alter due to the many changes in politics and national boundaries over the centuries. Many are documented as Italian, Austrian and Hungarian depending on when those documents were created. Trieste is a fascinating and culturally diverse city and not what you might expect.

Its origins are tales of myth and legend along with battles for ownership. The earliest inhabitants are said to have lived in large caverns in the upland plains at the beginning of the Ice Age. According to ancient texts, it was here that Jason and the Argonauts were said to have landed on their quest for the mythical Golden Fleece. In 2000 BC a settlement developed; this was closely followed by the Roman occupation (1).

The fall of the Roman Empire came next which brought about a succession of invasions and violent battles for control. This led, to Trieste pledging allegiance to the Austro-Hungarian Empire, spearheaded by Duke Leopold of Austria until its collapse in 1918 (2). After further disruption, it is now known as the capital of Friuli Venezia Guilia. If we consider the agonising victories and painful losses of Trieste’s chequered history, we can say that Trieste is undoubtedly one of the most multicultural and diverse of cities.

Those who visit Trieste today will find a very different place than the city my ancestors experienced. Amidst this mix of Italian, Austro-Hungarian and Slovenian influences are smart buildings, beautiful scenery and multicultural restaurants offering a unique cuisine of Austrian, Slavic, Hungarian and Italian foods. Trieste also gives you a city that has attracted to its shores two of its finest twentieth-century writers, Italo Svevo and poet Umberto Saba. Saba owned an antique bookshop that still trades today, his old typewriter is still there among the piles of books.

But there is another writer who visited the city of Trieste. An Irishman named James Joyce arrived in 1904. A penniless Joyce appeared aged 22 with a plan to teach English. His life in Trieste was littered with unfortunate incidents and tales of arrest. Disruptive behaviour with English Sailors began as soon as he hit the shores (3). Despite these colourful tales that follow Joyce’s past he is revered and loved by the visitors and residents in the city where he spent 15 years writing some of his earliest works, Dubliners and Portrait of the Artist as a Young Man.

Joyce, unfortunately, experienced crippling poverty and like all writers, he was faced with an endless series of setbacks but also several successes. He multitasked to an impressive degree working as a teacher, journalist, translator to name but a few as well as family commitments as a husband and father. But most wonderful of all, it was here in Trieste that he developed and polished his art of writing, captivating the culture that surrounded him during his time spent in this wonderful city to enhance his craft. Today, visitors can follow the trail of Joyce’s haunts and visit The Museum of James Joyce which is dedicated to the great man along with a bronze figure of him standing by the canal on the Rosso Bridge.

Joyce’s Ulysses is known for its experimental literary methods, puns and complex language. Perhaps this reflects the complex and experimental history that this fine city represents. If you are looking for a place packed with passion, culture, fine food, wine and good weather there is nowhere better than Trieste.

3. Rosaleen Crotty Irish Central ‘How James Joyce Came to be Revered in Trieste’.