The following piece was awarded First Prize in the OU Students Association Freshers Writing Competition for Freshers Fortnight 2022 (25 Jan – 6 Feb). The author, Shona, is living in Staffordshire and is studying A111 towards a degree in History. 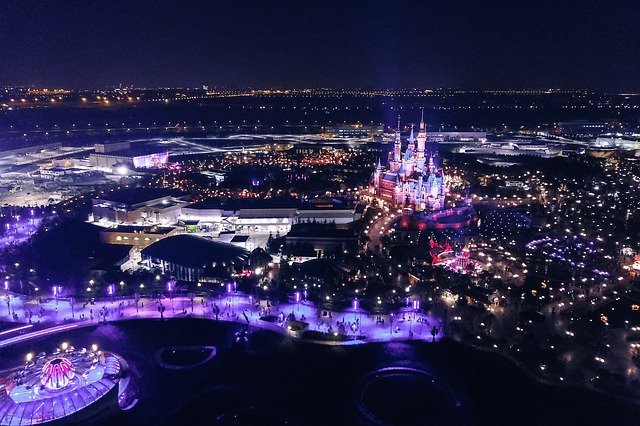 Image by Leslin_Liu from Pixabay

I am sitting with my three-year-old daughter, watching Disney’s “Encanto” for the seventeenth time this week. I have been intrigued by its instant appeal and can’t help but wonder what is behind it. Apart from the frustratingly catchy tunes and the breath-taking imagery, I think it is the overriding themes of family, unity and togetherness that speak to us, whatever our backgrounds. However, for some people, this can be a surprisingly inflammatory concept. I have, unfortunately, come across people who feel that media companies like Disney are “jumping on the bandwagon”, dangerously obsessed with the current “trend” for encouraging diversity of all kinds. So I ask myself the question: why do these kinds of people oppose other cultures and, consequently, their portrayal in the media?

At the time of writing, there are three songs from “Encanto” in the Top Ten of the UK Singles Chart. Whilst all of the songs from the film have been praised and adored by many, the song “We Don’t Talk About Bruno” has been at Number One for five weeks straight. Of course, much of the reason for this huge success is down to the musical talents of both the performing artists and the composer Lin-Manuel Miranda. But it’s unusual for a song from a children’s film to be that hugely popular. Is there more to it? Whilst all of the songs are written in a style that reflects the film’s aim to celebrate Colombian culture, “Bruno” allows each member of the family Madrigal to have their own moment in the spotlight as they sing about the mysterious Bruno who has left the family home, leaving behind a terrible reputation as the black sheep of the family who precipitated terrible events. Is the success of this song largely due to the way in which the listener can relate to the family member that is most like them? How many, like myself, relate most to the unseen and unheard Bruno, left out of the family circle? The little girl inside me feels seen by this portrayal, comforted by it. But is this yet another trigger for some viewers? A representation of all the different kinds of people that share their society, something they want to forget about?

Another thread that links the family Madrigal together, even Bruno, is their shared spirituality and associated magical gifts. The whole existence of not only the family, but the community that they have established around them, is entirely reliant on the miracles that they have been granted. Many cultures around the world are still intensely religious or spiritual. In Colombia, around 90% of the population are believed to be Christian, a vast majority being Roman Catholic. This can be compared to nearly 60% of people in the United Kingdom being Christian with the next largest percentage being those who practice no religion at just over 25%, according to the 2011 census. As somebody who was raised with no religion and who found Paganism as an adult, I know first-hand how it feels to find a religious community, to experience a kind of “homecoming”. I believe that all of us, religious or not, have the desire to share deeper experiences with our communities. Whilst there will be very few people who believe the kind of magic featured in “Encanto” actually exists, I think many will gravitate towards the concept behind it and the desire for connection with others around us and the world that we inhabit. The problem is that there will always be people who feel affronted by this, either because they oppose the religious beliefs represented by other cultures or because they oppose the idea of religion all together.

The principal theme of “Encanto” is family. The magic relies entirely on the togetherness of the family unit and the protagonist, Mirabel, must reunite the separated parts of her family to save them. Whilst the focus is always on the family, it is realised through the course of the film that each member of the family must be accepted as the individual they are, as well as being a part of the family itself. Even Disney have been surprised by the success of some of these characters. They believed that little girls would fall in love with the beautiful and perfect Isabela. My little girl, and many others it seems, have, in fact, found a role model in Luisa, whose magical power is physical strength and who follows a character arc that has previously been reserved for male characters, fearing that she must stay strong for her family and hide her emotions “under the surface”. Merchandise featuring Luisa is flying off the shelves, not something Disney expected. Even a detail like the main character wearing glasses is being celebrated by children who see themselves in her. For some people, this is not evidence of a film that is finally giving so many children the role models that they deserve, but instead, hypnotising them into being a certain way, albeit the opposite way that girls, in particular, are normally encouraged to behave.

I think there are a lot of reasons why so many go through their lives avoiding difference and each will have their own. Perhaps a lot of these people are struggling with their own traumas and cannot bear to see them reflected in others, especially those they perceive to be different to themselves or even beneath them because of race, sex or class? Perhaps they believe themselves to have good intentions deep down and only wish for their own cultures to share the spotlight, often ignoring the fact that their own cultures so often saturate the media? Perhaps people just don’t want to hear or see things that are different. Full stop. Ultimately, I think we are afraid of change and that is what films like “Encanto” represent: a change on a global scale throughout the multi-layered societies and cultures that we are a part of.